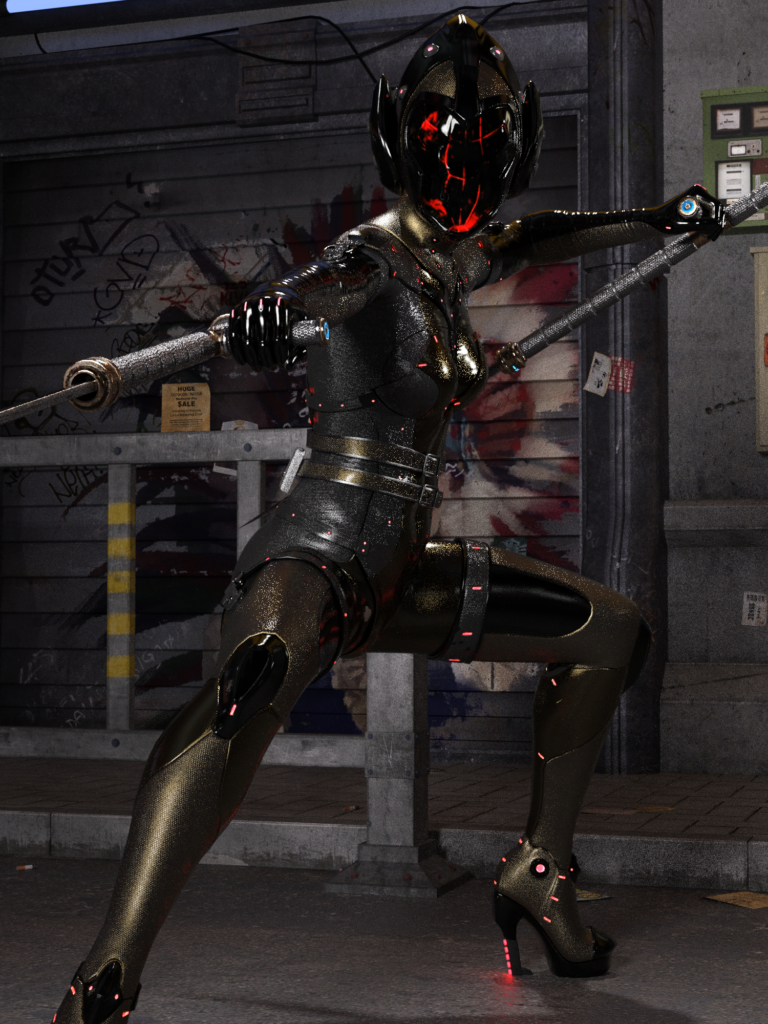 Reiko is another of Citadels agents. Like many, she was a kidnapped runaway that was brainwashed into serving the group. She was part of a trial with a supplied armour given to Citadel from the alien trader Greylex. The actual race it belonged to was the Voydd and the armour had previously been used by one of their assassins/infiltrator soldiers.

Unlike a lot of alien races with modern technology the Voydd prefer to use bladed weapons. This is linked to their warrior nature. Though humans are physically weaker than Voydd, Citadel managed to boost the suits systems so that Reiko could use the weapons. She was chosen to test the armour as during attempts to brainwash her she developed violent tendencies, a side affect of the drugs that were used.

Since the armour is designed for combat only. Reiko’s work as a Citadel agent is aimed at her going after specific threats to the group. For quite some time her actions were actually thought to be the work of the Twelve until CLEA intelligence learned of her links to the rogue science group. As her armour came from the Voydd she was given the codename Void.