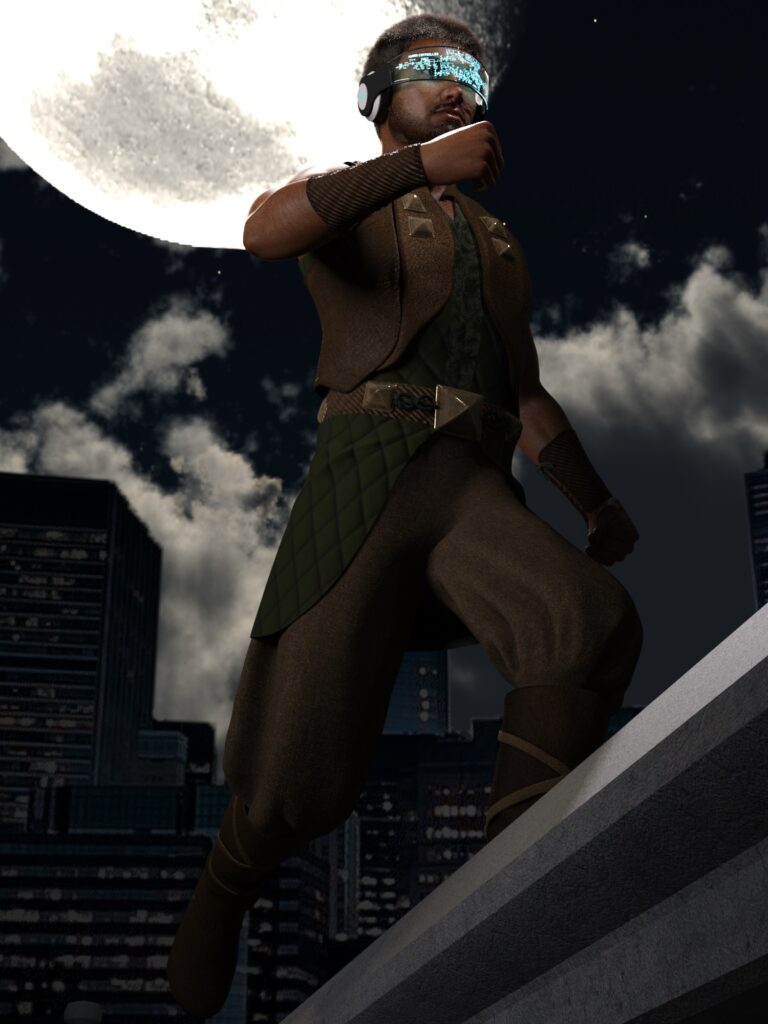 Unlike many Alpha Superiors who are not aware they were even Alpha Inferiors, Ranjit was aware of his potential from an early age. By the time his abilities activated at the age of 26 Ranajit had a wife and daughter and decided rather putting their lives in possible danger he would not pursue the life of a crime fighter either as a vigilante or officially by joining the White Guardians.

Instead he kept his gifts a secret from everyone and continued his work as a security guard at Scotsdale Enterprises. All his efforts to keep his family safe though proved in vain for the firm he was working for attracted a gang of criminals whom wanted to steal a prototype device the company was creating. To gain access to the high security section they needed Ranajit’s assistance so threatened to harm his family if he did not comply.

A man of honour Ranajit pretended to do as they asked but reported the group to the Europa Police Department making it clear his family were at risk. Undercover officers met Ranajit and arranged for his family’s protection and then set up a sting operation. The end result of this was  the gang was arrested by the police as they tried to break into the facility with Ranajit.

Months passed without incident and by the time the case came to court and the gang was found guilty Ranajit thought he could get on with his life. However  unbeknown to him and the police not all of the gang had taken part in the Scotsdale “job” and the decided to take revenge. Without warning they gunned down Ranajit’s wife and daughter. Ranjit wanted to go after them but the police advised him to leave the situation to them. This he could not do so for the first time he started using his Alpha abilities.

Able to strike in complete silence over a period of two months he hunted down the gang members that had murdered his family. Though he wanted to take all their lives to satisfy his hatred he knew that his wife and daughter would not have wanted that so Ranjit settled for bringing them to justice. Once he had accomplished his mission there was nothing left in his life that mattered. He felt cold and empty inside and though he tried to return to work, fits of rage and abrasive attitude to others did not help so he was forced to give up.

However he was not without means for the gang had been wanted in connection with several corporate crimes and various rewards had been put up which Ranajit was able to claim. This gave him a comfortable but modest income but living at home in isolation made his depression worse. Agents from the CLEA approached him during this period but he made it quite clear he was not interested in joining the White Guardians or any other group.

Just when things had hit rock bottom for Ranajit, one night he heard screams outside his apartment and when he went outside he found two men beating up a woman, Karen Fielding. They had mugged her and though it was apparent she had given them what they wanted they had decided to attack her for their personal gratification. Angered at the brutality of the men, without thinking the enraged Ranajit threw himself into the ensuing melee but because he used his Alpha abilities he caught them completely by surprise.

Whilst waiting for an ambulance the women thanked him and explained she was only in the city on work related business. As she was all alone and Raanjit had nothing to do he took to visiting her in hospital whilst she recovered. He thought a friendly face might be useful for her in such a dark period in her life. Though he have never set out to turn his act of kindness into a relationship as they learned much about each other the pair became close.

After being discharge the pair continued to meet on a regular basis. Whilst he had helped her, Ms Fielding had inadvertently helped him for he had started to find something to live for. However she was still scared to go out at night due to fear of what might happen. This made Ranjit consider there could be many other victims of street crime that were also “suffering” in private and so he decided it was his duty to use his special gifts to put the fear back into criminals, that way he could make the streets not only a safer place for Karen but everyone else.

By the time the pair married the next year, Ranajit had become Vox, the silent vigilante. With time and experience Ranajit started to hunt bigger “game” in the form of Alpha Criminals. This brought him to the attention of the Phoenix Alliance whom sought his help in dealing with Ultrasound. Always happier in working alone Ranjit considered turning them down but Foresight put up a convincing argument stating that lone heroes were extremely vulnerable and he should consider how Karen might feel if something happened to him. He therefore accepted a position as a reservist as that gave him the option of working alone but having backup as and when he needed. This became especially helpful as Ultrasound had developed a unwelcome fascination with the “hero” that had defeated him.