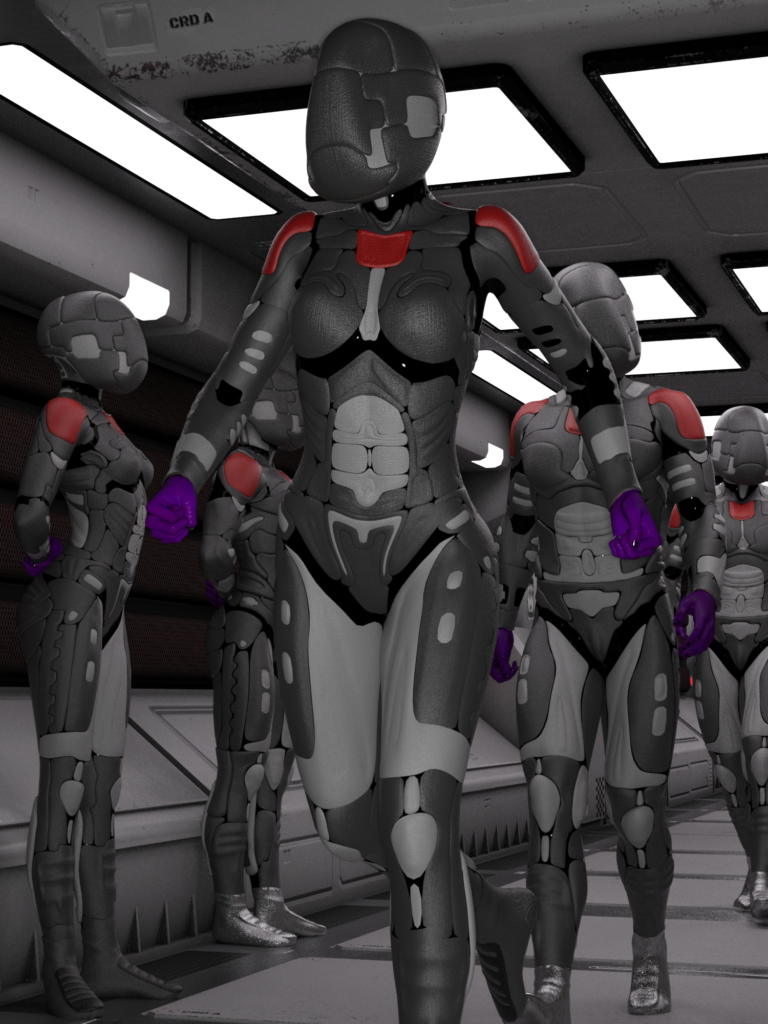 Following the attack by the Y’Traal which decimated the Vreen population and infected them with a deadly virus in a bid to find a cure the scientists created a simple clone life form as a means to perform medical experiments without having to risk and the lives of actual Vreen citizens. These organic units were just supposed to be functional only so far as having basic body systems that mimicked ordinary Vreen biology. In effect they were living cadavers. Since body systems needed a “brain” to keep everything working the units were given a brain but grown specifically with this in mind. They were not supposed to have any intelligence but scientist soon discovered that the “simple” brain they had created could understand basic commands.

Whilst the medical associations got an unlimited supply of test subject the Vreen Government also asked the scientists to develop the units further. Since the Vreen population was sparse there was a massive worker shortage. The more Vreen that performed mundane work duties meant there were less people around to solve the deadly cure. The Vreen leaders therefore proposed using the medical test units as a form of worker. Robot had been considered an alternative but machines broke down and needed workers to fix them whilst an “organic” robot would keep on functioning.

The scientists therefore modified the brain functions of their organic test units and the end result of this was the Vreen Drone, an organic robot worker. More unrated brain functions were pressed into military service. Whilst capable of accepting commands they literally cannot think creatively. This means the Drones would perform tasks with little regard for their own safety. Since the Drones were originated from the medical test units, which needed a substitute for both Vreen males and females, the Drones also have male and female forms although there is little difference between them.

When Qex came to Earth, since she was alone she was given a squad of Drones to help assist in her work. Since the Vreen Government had no idea how hostile humans were they gave her the military models. Not knowing how long her mission would take, they also equipped her ship with a biolab to “grow” more clones as and when needed, although for the process to work organic base compounds need to be sourced at the start.