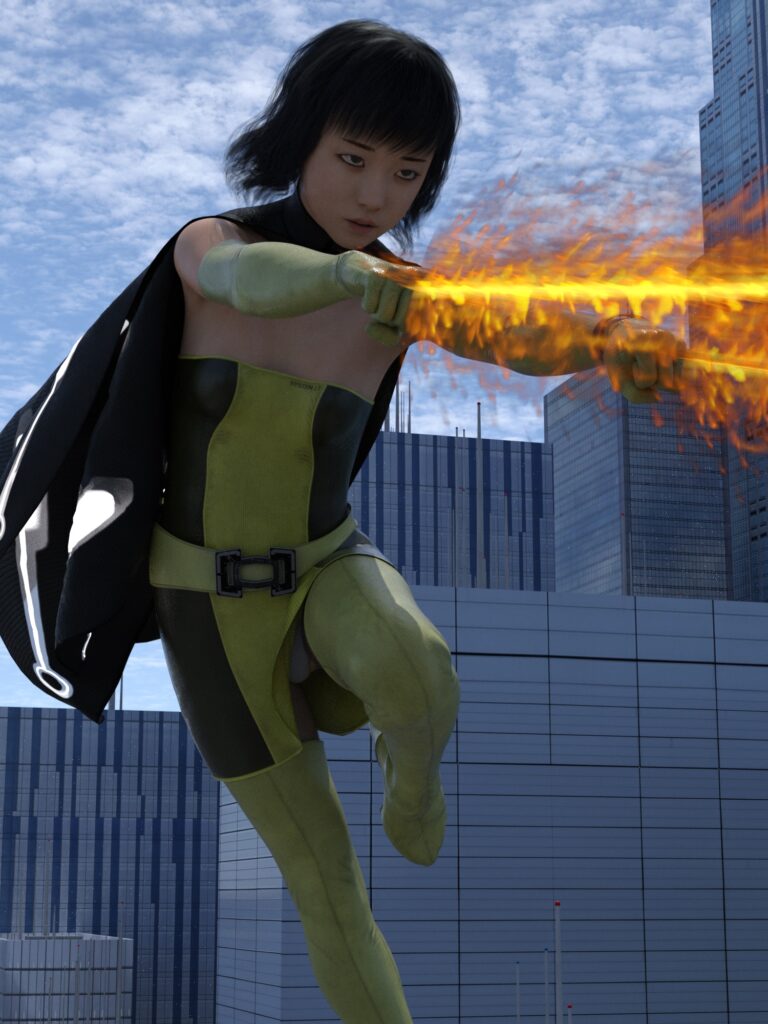 For many years before discovering her Alpha abilities activated, Yumiko worked for the New Tokyo police department. Whilst many regarded her as a good officer that is the best compliment she would receive for she had many disciplinary issues. This was not so much down to challenging her superiors but down to a habit of disobeying orders. Despite her record though she progressed enough to work undercover in the organised crime unit.

When it came to serious and violent criminals Yumiko could not get her head around the fact that offenders had to be treated with dignity and respect, something they did not do to their victims. On two occasions, whilst assigned to undercover cases she became so sickened by what she witnessed that she dished out some street justice to the people she was supposed to gather intelligence about. The result of those incidents meant she blew the cases.

Eventually those in charge of the unit has not option but to send her back to regular policing but she still had a habit of using excessive force.Whilst her superiors could perhaps understand Yumiko’s frustrations as they often felt the same way, they could not get her to understand that two wrongs did not make a right. Yumiko tried to explain her actions were a way of restoring moral balance in society but those sorts of arguments did not make for good reading on her NTPD record.

At the age of 34, Yumiko made the transition to Alpha Superior. Having already been identified as an Alpha Inferior during one of her medicals the intel was picked up by CLEA who had put a watch on her for this exact time. Desperate to bolster the number of White Guardians in the New Tokyo region they approached her with the suggestions she joined the agency. However Yumiko saw that becoming a White Guardian would only restrict her special gift. If she had problem working within the rules before then she knew she would have problems showing restraint. She therefore turned down the offer and then took her superiors by complete surprise and quit the NTPD and chose to become a costumed adventurer.

Whilst she prefers to work alone there had been times she had allied herself with other hero groups and even CLEA. Though in all cases they have found working with Yumiko challenging at times they cannot fault her commitment to getting a job done.