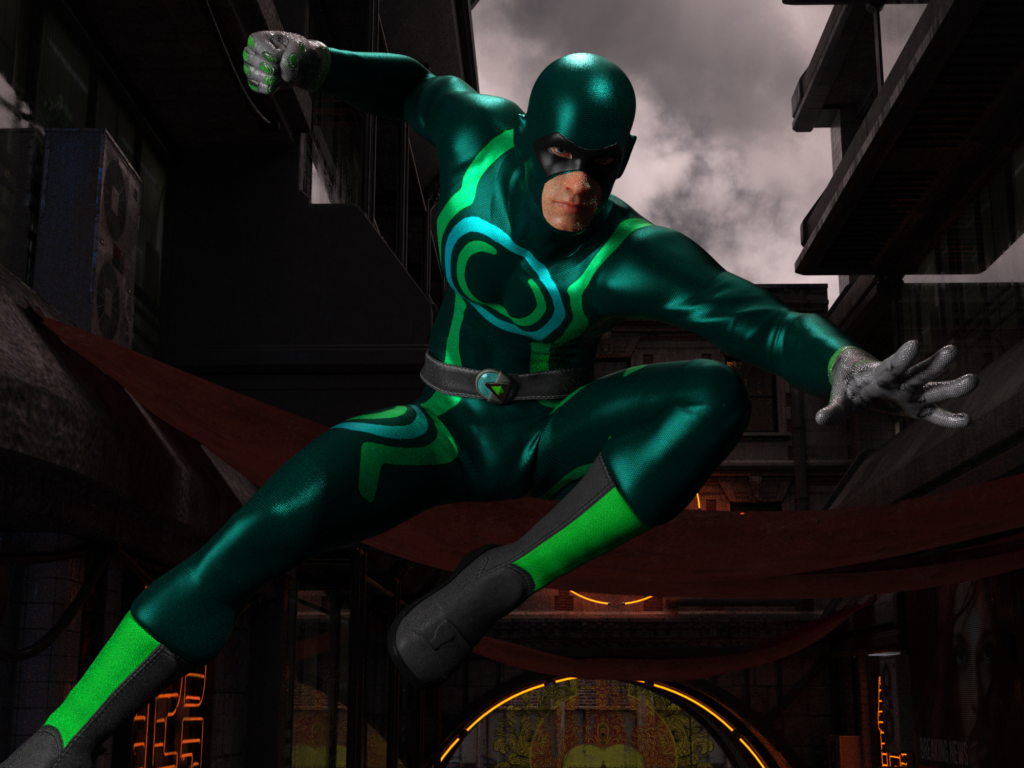 Nigel Wallace had one of the most simplest choices when it came to choosing to be an Alpha Hero. Whilst a labourer during the day Wallace got to enjoy his passion as a mixed martial arts fighter at night. Unable to get into official leagues he fought on the underground scene where he quickly gained a reputation as an unbeleivable tough combatant.

Upon gaining his Alpha abilities like most Alpha Superiors he was not aware of the changes that had affected him. He had been aware something was wrong due to his light sensitivity but once the “illness” had passed all that was on his mind was getting back in the ring. On the first night back he defeated four opponents without breaking into a sweat and still felt fresh. Fight organisers got suspicious after this happened on another two occasions. They thought he was on “Marathon” and as he was costing them money on bets decided to get rid off him.

On the way home after his last fight a gang of six people jumped him. Their goal was to beat him up so badly that he could not fight for months but instead of the intended outcome Nigel defeated tem all simultaneously. Having dispatched the opposition so easily it was now that Nigel grew suspicious of his own actions. The next day he skipped work and went to the local gym where he did the equivalent of ten workouts a feat he knew was impossible. Working backwards logically for an answer Nigel remembered his strange illness and researched it on the Internet. The end result of this was he learned he was an Alpha Superior and his gift was obviously super human endurance.

Knowing he could never go back into the ring as an Alpha Superior the only way to satisfy his love of fighting as he figured was to take on people that did not operate by conventional rules. Instead of fighting people in the ring at night, the city streets became a new ring and criminals became his new opponents. The world was thus introduced to the Independent Hero that came to be called “Endurance”.

In time though his ability made him resistant to physical damage Wallace started to encounter tougher opponents and felt he needed added protection in the form of light armour. He had heard in the past abount a man, Cade Lewis, that could supply his needs. However after seeking him out Cade refused. The pair had argued but before it got heated Wallace received word about a store being robbed and left to do his duty. The next day he returned and found Cade had a change of heart. The inventor then explained the reason he had changed his mind was because he had been fooled by Black Shadow n the past whom had use his work for the wrong reasons. However after seeing Wallace on the previous night’s news he knew him to be a genuine hero and that was enough. Nigel thus became the first “hero” client for the Armourer.

With a suit of body armour Endurance could now deal with the tougher opponents and soon his work saw him crossing paths with hero groups. This eventually culminated in Wallace becoming a reservist on the Phoenix Alliance. He was also partially responsible for “training” Prowler. Their paths crossed one night and when he saw her unsuccessfully taking on a couple of thugs with poor technique he felt she might get herself killed if she kept looking for trouble. Evidently she was not going to give up fighting bad guys so he taught her how to fight and they spent several months patrolling together before they parted company.= to continue their work alone.