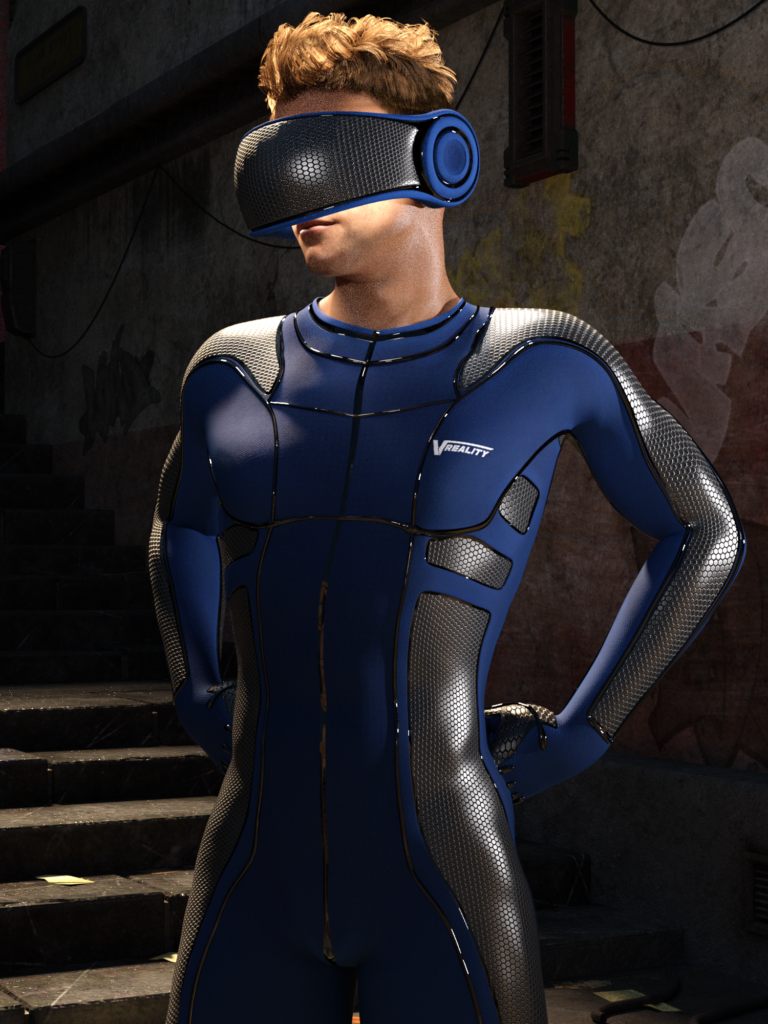 Wade is one Alpha Superior with an extremely unusual ability in that he has the means to completely lock a person’s muscles and prevent them moving simply by looking at them. When he first approached CLEA with a view to becoming a White Guardian it became quite a challenge to even interview him, since a direct face to face meeting was impossible.

Though that was solved via the use of a remote television, CLEA superiors in charge of the White Guardian program knew that it would be impossible to assign Wade to any given task without finding a way of giving him more finite control. Having already encountered similar problems with Tech Wreck, CLEA scientists reused their visor idea and modified it. Normally the inside surface acts as a TV screen giving him seemingly normal vision and then when he needs to use his ability a voice command turns off the display and allows him to see straight through. This allows him to specifically target an invidivual without accidentally freezing the wrong person.

Normally Wade is deployed in CLEA operations where the intelligence suggests the suspect is either dangerous or might run. Providing he can get a look at the suspect he can temporarily disable him or her. This has proved very handy in hostage situations if the suspects are visible.

Wade has also been assigned work with bodyguards for VIP’s since he can deal with an approaching threat before they can eliminate their intended target.