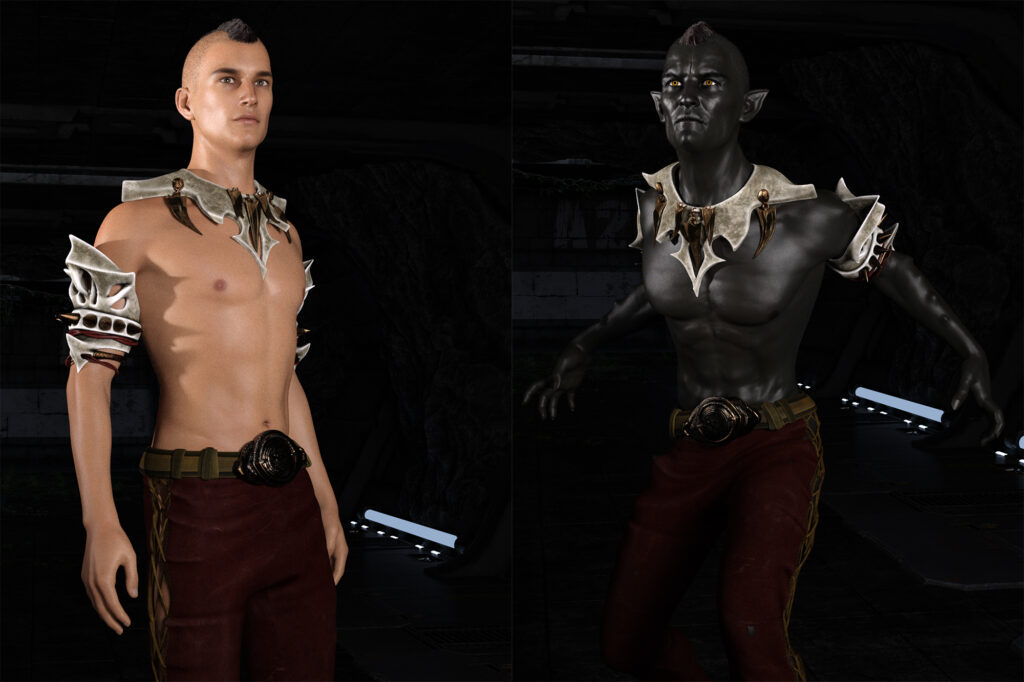 Hahratmisiel is the child of two half demon parents. The unusual parentage has given him a unique colouration in his Demonic Form. Rather like a vampire he needs blood to survive and give him his strength.

His parents had both rejected their heritage and though they would not join the side of “good” they would not fight for “evil” either. However aware that their son was born with an incredible urge to hunt, his parents knew they had to prevent him from actually opening his mind to such urges. They thus stole blood from hospitals and vampire facilities alike in order to provided for him. They continued to do this even into his adulthood.

If is perhaps the fact they stole blood that led them to become targets. Although he never knew who was responsible, aged twenty four, both parents had been killed. Alone, at first he tried to steal blood in order to survive. His non violent ways though came to an end when a street gang saw his break into a building “on their patch”. To teach him a lesson they decided to beat him up to serve as a lesson. In the middle of the assault though the violence awakened his predator instincts and he transformed into his Demonic form and in seconds had killed them all.

Their blood tasted sweet to the demon side of him and from that moment in time he had a hard time keeping it under control. Realising that he would end up with the same fate as his parents, he tried to target people who would not be missed but knew that he needed to escape the cycle. Then when he learned of the Blood Clan, Hahratmisiel saw a way out.

Like the other Elite, he was welcomed amongst them and as part of the Clan he no longer had to kill to survive. The best part for him was that his desire to hunt was also provided for in that he could go after enemies of the Clan and would have the support of the other Elite.