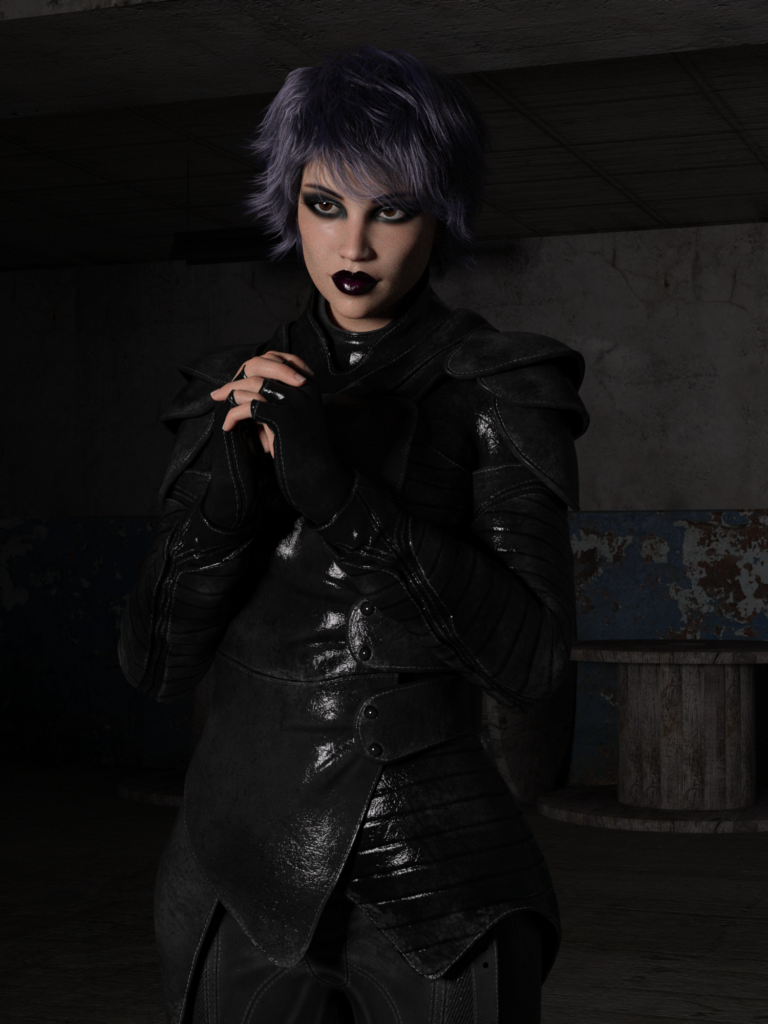 A one time government agent turned mercenary and then assassin, Mandy made the one mistake and that was to accept a contract on another crime boss. Though she succeeded in her goal she underestimated his allies and that made finding work impossible since most people would not hire out of fear of reprisals or simply wanted to kill her and claim the bounty on her head. Well many tried at least.

Only one person she knew would not take that bounty and that was Boomslang. In the past they had met and Mandy had saved her life and “was owed one”. Tired of running Mandy called in her favour and Boomslang arranged for a meet with Doug Claremont.

Unlike the people who wanted her dead, Doug actually admired her audacity, to take down a crime boss and “go against the rules”. He felt his cartel could need someone with a vicious streak and so hired her. However he keeps her on a short leash since he can never be sure if she would turn on him. In one sense that possibility has actually ensured he keeps himself sharp and ready for anything so he likes to have her around.