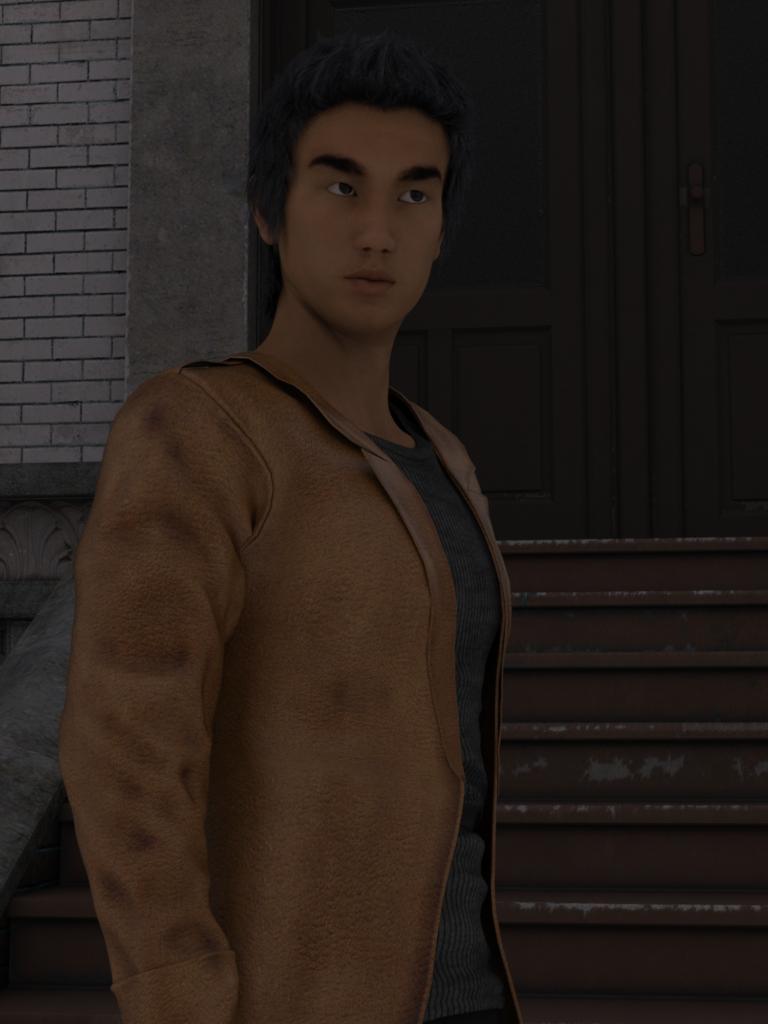 Agent Yen is one of several CLEA Liaison Agents. Whilst most Agents work in pairs, White Guardian Agents usually work alone. When it came to investigation more complex cases, CLEA chiefs felt that a White Guardian Agent might get quicker results if partnered with another experienced Agent, hence the creation of the role of a Liaison Agent. Whilst some White Guardians did not really like the idea, a few found value in having back up.

Before Agent Yen accepted his position he had a good deal of success in undercover work.He had previously worked with another agent but after she got killed in the line of duty, something he felt responsible for, he felt it was best if he worked alone.

During one investigation his cover was blown and he was shot but managed to escape with his life. This slightly unnerved him and he thought he might need to quit the agency or take on a desk job.He was offered a partner but he had already made his mind up of not working with a partner years before. What he really needed was a complete change of scenery so when approached with the idea of becoming a Liaison Agent he took the job.

Not having a permanent partner and being able to share his years of experience with various White Guardians seemed the best compromise to keep him on active investigations. At first he had difficulty adjusting to the role since he still had fears for anyone that became his partner but over the passage of time he settled down and made many good partnerships. Today he is considered one of CLEA’s top crime solving agents.