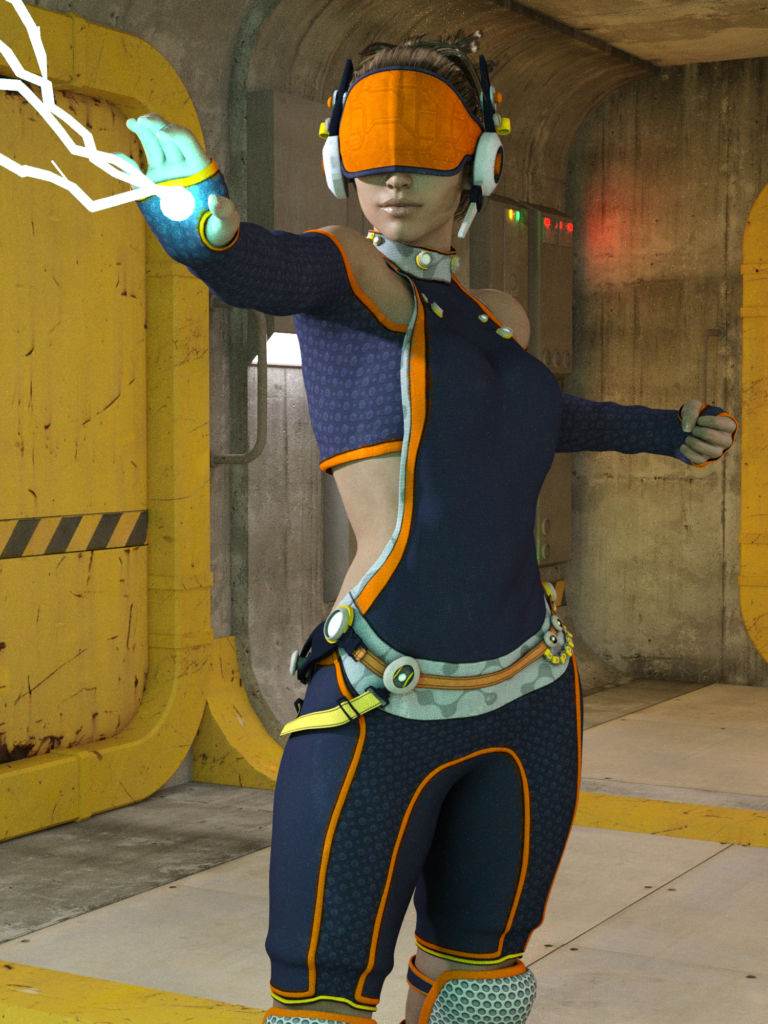 Alison is one of those rare individuals who after discovering she was an Alpha Superior, chose to approach CLEA and ask to join the White Guardian program. Having come from a military family she felt it was her duty to use her gifts in the service of others and as a military career was out of the question then becoming a White Guardian and working for CLEA was the next best thing in her opinion. She also had another reason in joining the program and that was she had no control whatsoever over her abilities.

Accepted into the program her superiors first of all had to find a way of giving her some control over her Alpha abilities and this was achieved with a face visor. Blocking her vision though was not going to be of any use since she would be practically normal. A solution was eventually found when scientists discovered that if electrical devices were connected to Alison’s skin she could not disrupt them. Using this data they were able to build a new visor with a computer interface which would give Alison the means to focus her ability and target a specific object.

Having found a means to master her abilities, Alison;s superiors then were left with finding a role for her as a White Guardian. Most of them acted as Agents and could investigate crimes but, Alison’s gift was not ideal for that. In fact she was only really good at “breaking” things. This proved to be of more use than first imagined for there were plenty of times CLEA deployed teams to deal with buildings being used for organised crime. Sometimes during such times the operation failed because security systems thwarted or otherwise delayed the team from gaining access, allowing suspects to escape. Having a White Guardian that could disable systems in advance was therefore very useful.

Currently Alison works under the code name “Tech Wreck” and is assigned to different teams where she acts as a pathfinder, clearing a way through enemy defences for them to follow.