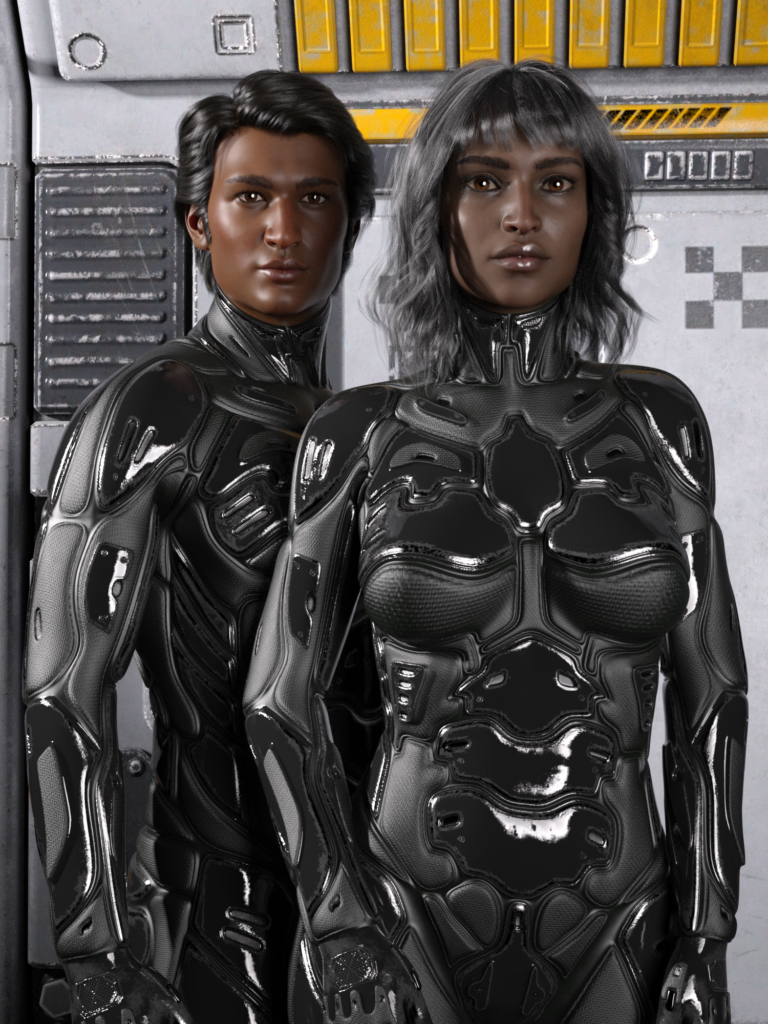 Agents Mishra and Dadachanji are CLEA’s liaisons who work with the Star Patrol team. After returning home with an advanced space craft, the Antares, various world governments argued amongst themselves as to who took charge of the ship. After seeing all the bickering the crew of the ship realised that in the interest of peace no one government should have ownership and decided not to hand over the craft. This resulted in the governments actually unifying for a change, but only to threaten the crew that if they did not hand over the ship they would be arrested if they set foot on the planet.

It was at that moment that the CLEA chiefs decided to get involved. Having already secured help with Galaxy Force and Vanguard in protecting Earth from dangerous aliens, they felt the Antares was too much of a valuable asset to lose. They therefore managed to broker a compromise between the various governments and the crew of the ship whereby CLEA took control of the ship. Since the agency was already recognised in most countries and had no bias they would ensure that the Antares was on hand to protect all the countries and not just individual ones.

The compromise was accepted but the crew were concerned they would be replaced. They felt that having been stranded on the ship for three years after it “jumped” beyond the border of our galaxy then they were better to deal with any threats than a rookie crew. CLEA though had no intention of doing that for the very same reason and were proposing to send two agents aboard to help the crew liaise with other  assets belonging to CLEA and its allies.

Since the original mission which had got the crew on-board the Antares before it jumped had been managed by civilian space agencies and those same groups had worked with the crew up until it arrived at Earth, it meant that unlike a military operation CLEA could get access to the various status reports. From them they learned that none of the crew had any military training and this had led to some tricky alien encounters. The reports also indicated the ship had two fighter bays but no fighters had been found on board.

Using these two items of data, CLEA decided it needed to send up a pair of agents with combat training. The Agency also reached out to the Knight’s Forge to see if they could build a pair of fighter craft suitable for operating in space.

As the Knight’s Forge got to work, CLEA began combing through its record looking for suitable agents for the assignment. Though none had any experience in working in space, several candidates were found that matched most of the other criteria. These then began a specialist training program before being whittled down to two, Agent Mishra and Agent  Dadachanji.

By the time their final training was complete the Knight’s Forge had the prototype fighters (codenamed Aurora) ready for them to try. This involved a few more months of training for the agents but before they could join the crew of the Antares, CLEA reached out to Vanguard and asked if they could give the pair some experience of working in a zero gravity environment. For another month the crew joined that crew on their adventures before being brought back to Earth.

Once here they then had to take the Aurora Fighters outside Earth’s atmosphere and learn to fly them in space. More time was lost but CLEA wanted their agents to have as much experience as they needed. Eventually training came to an end but before joining the Antares, the Knight’s Forge donated a special armoured body suit to each of the agents. The design was similar to that they had given to some costumed adventurers. Though not suitable to use in a zero gravity environment as they lacked any life support equipment, the Knight’s Forge felt the items would be handy to deal with hostile aliens in other situations.