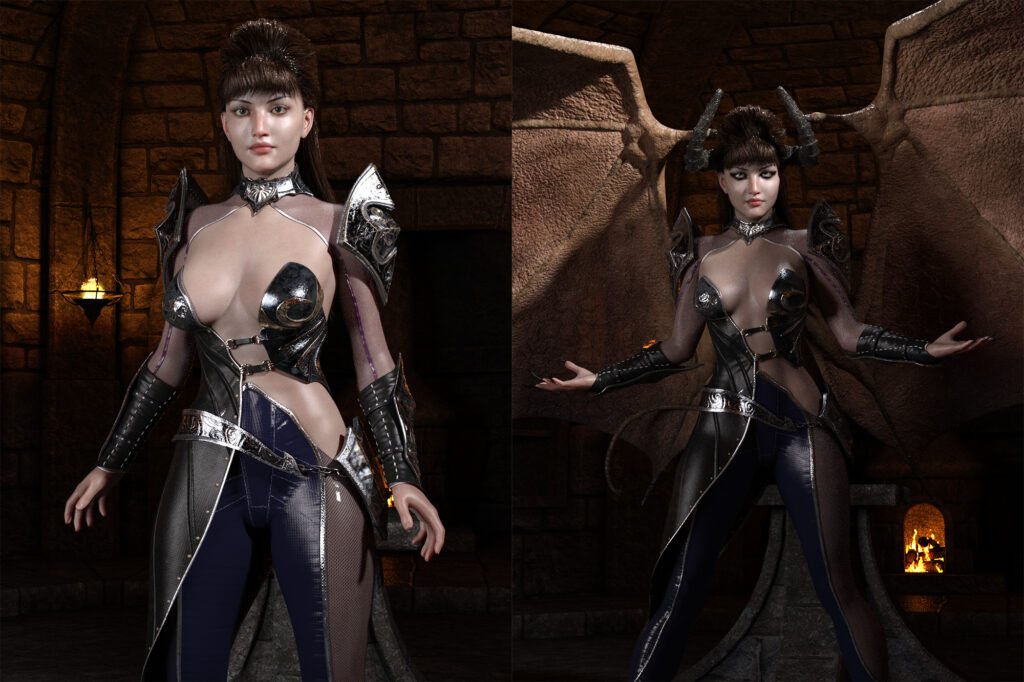 As the daughter on a Demon male and human female, Athana is unusual as a Half Demon. Not only does her skin colour not change in her Demonic form but she gains a very old demonic trait of having a pair of wings which most Demons have lost.

Though created with an ability to seduce people, mainly men, Athana defied her father by simply choosing to have people for in love with her and not to turn them into followers for him. She liked the power it gave her and was amused at how she could make them do anything for her. To sustain that power through magic meant she needed to consume blood, but that was no problem. Her lovers would bring her what she needed.

About the one mistake she ever made was trying to seduce ever more powerful targets. It had become something of a challenge to her to make anyone bend to her will and she succeeded, right until she tried to seduce Kirkwood. It was a case of both not realising what the other was.

Unaware he was a vampire, Kirkwood was immune to her charms. He thought she was another vampire sent her to kill him because he could smell traces of blood on her. Kirkwood therefore pretended that he was enthralled. The intention was to lull her into a false sense of security and then when her defences were down, he would kill her.

As soon as he transformed to strike, she transformed and when they realised what the other was instead of heading off in opposite directions they chose to attack each other instead. Kirkwood could not be sure who the half Demon worked for and Athana wanted to kill him for daring to attempt to kill her. A master swordsman and warrior, Kirkwood managed to inflict serious damage on her and she was barely able to escape with her life.

Close to death, she headed to the one place she heard was “safe” for people “like” her. Though she would never have joined a group where she would have to share with others she was so desperate and in need of medical attention that she accepted their terms in exchange for help.

Despite sharing power as a member of the Elite, Athana has actually found that she enjoys the way the ordinary members treat her like a god. Though this occasionally means getting her hands dirty she finds it a small price to pay to maintain her ego.