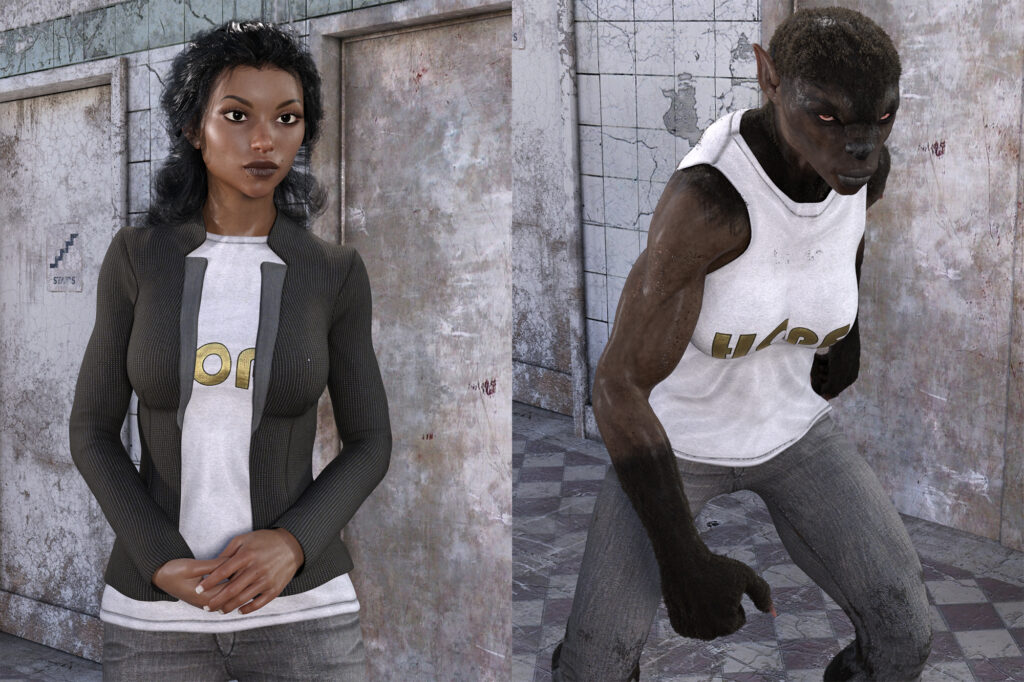 Despite her “adult name”, Clarissa Stokes should not be underestimated. Cast out from her own pack due to her violent tendencies she has chosen a life of crime as a means to survival and giving vent to her primal urges.

She seeks the thrill of the hunt and so will often work as a mercenary for high paying criminals who want someone found and is more inclined to do a job is that person needs to “be taught a lesson”. Like a domestic cat she enjoys playing with her prey so will often let a target go so that she can chase it down again, only finishing him or her when she gets bored.

Anyone that tries to interfere in her “fun” will often become a focus which is why some crime bosses will not hire her since they do not appreciate paying her to go after the wrong target. Despite her ability to lose focus though Clarissa is never without work.