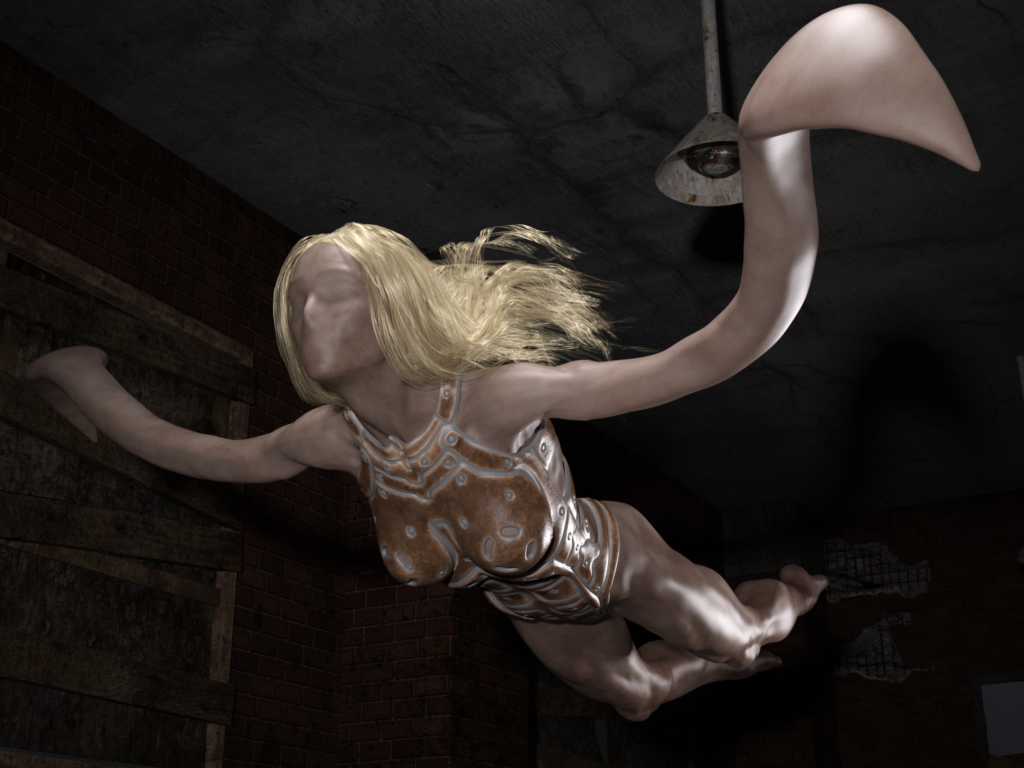 Banshee is one of Zorn‘s creations. In fact there are many Banshee’s under his command that were created for the purpose of identifying and tracking Alphas. Whilst believed to be an artificial creation the outline of the body seems to indicate the presence of human DNA, specifically female.

Though blind, scientists think that the Banshee possesses some sort of advanced ESP which it uses to track its prey. They are unsure the exact purpose of the tentacle appendages that replace human arms and presume they are connected with the creatures ability to fly for it has been observed to “swim” through the air using them. If cornered it can also use them to defend itself.