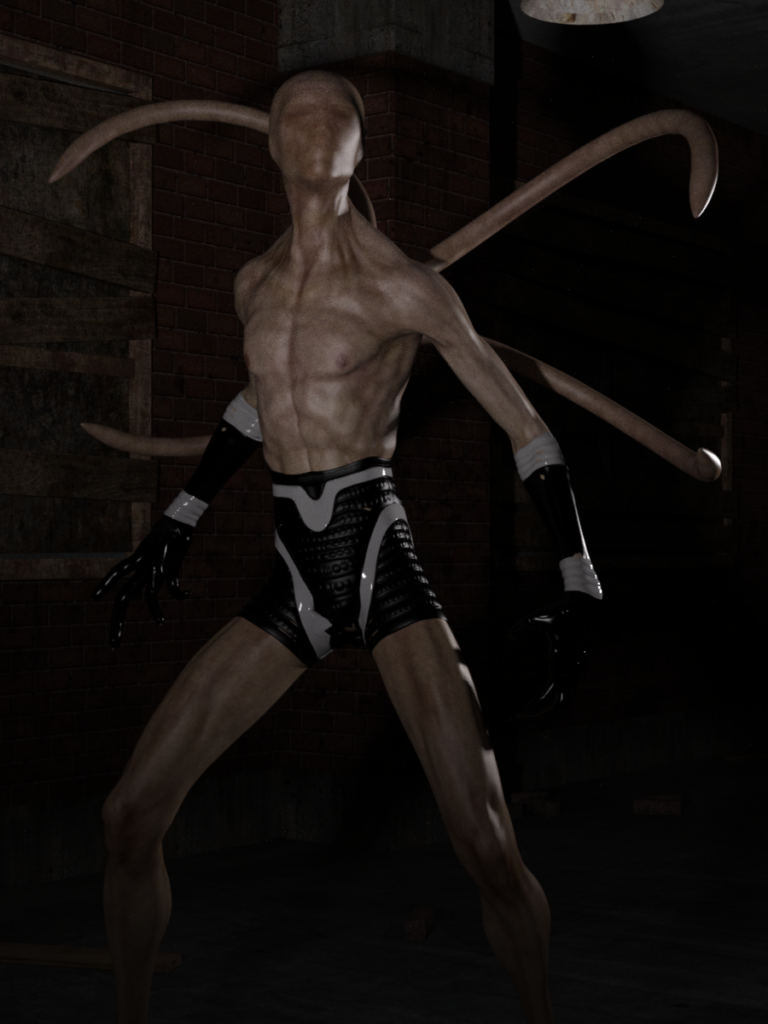 Snare was the second of Zorn‘s creations. Though primitive, along with Banshee, Zorn has continued to create them like an army. It is designed to work in partnership with a Banshee. The latter tracks down and disables its victims whereupon Snare transports it back to Zorn’s base of operations.

Like the Banshee, Snare is thought to be an artificial biological life form grown in a lab. From its overall structure is appears to incorporate human genetic material. It is unclear where it gets its teleporting ability from. Since it also has not eyes, CLEA presumes that the Snare used some sort of ESP or echolocation to catch its prey. The additional tentacles might assist in this purpose as well as restraining victims and for defensive/offensive purposes.