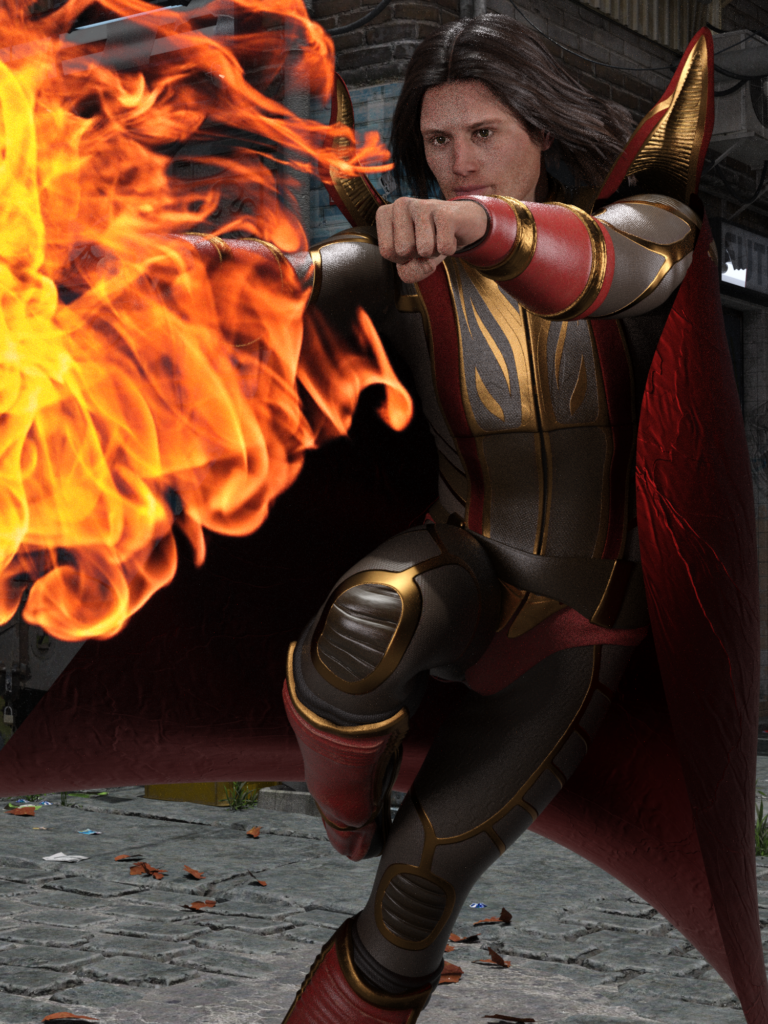 Perhaps the very worst type of Alpha criminal are those that were criminals before they became Alpha Superiors. Gavin Maddocks is perhaps one of the worst possible worst case scenarios because not only was he a criminal before he gained his Alpha Abilities but fate decided to give him Alpha abilties that would support his criminal career.
As a wanted arsonist to be given the gift of fire was every dream come true for Gavin Maddocks. Under his alter ego “Comet” he would also gain the distinction of being the first of the next generation of Alpha Criminal following the new age of Alpha Heroes brought about by Team Zodiac. Whilst other Alpha criminals had appeared before Comet, from evidence gathered by CLEA it is believed he was the first criminal to become an Alpha Superior after the Black Shadow’s demise.