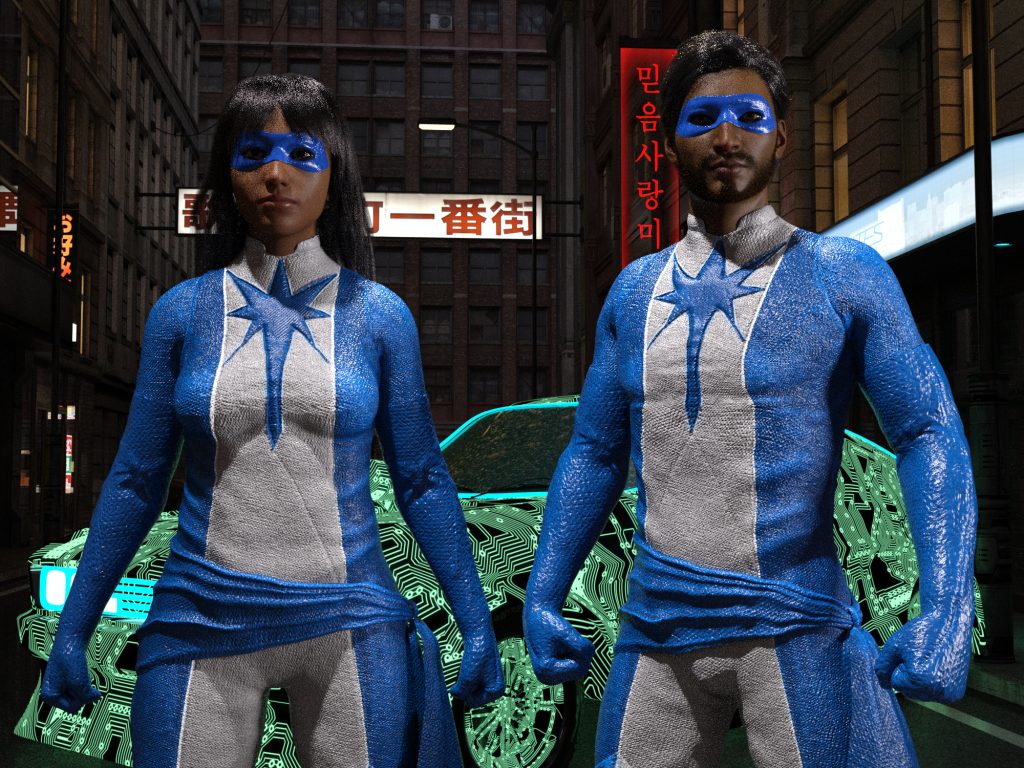 Since India was nowhere near any of the locations of the meteor strike and subsequent biological contamination, Alphas are very rare because family lines were never exposed to the alien bacteria. Consequently Alphas ‘discovered’ in India are usually held in high regard.
In the case of Vihaan and Tanvi, they were the first Alphas in their family line. Tracing back family history it was learned that one of the ancestors was near Paris at the time of the meteor strike and returned to India shortly afterwards, hence the direct linage to the time when Alphas were ‘created’.

After the pair discovered their unusual gift they first of all used it to entertain friends and family. They even took it as far as forming an act which exposed them to the general public for the first time. However though they liked the crowds and to a certain extent becoming famous, both of them felt that they were squandering their gifts.

They had heard in other areas of the world that there were people using their Alpha abilities not for entertainment but for helping others fighting against their counterparts who used their gifts for selfish purposes. Though they were not Alpha criminals Vihaan and Tanvi felt they were “cheats” and so having made their money they decided to now use their special abilities to work for others.

As high powered criminals were not that prevalent in India the pair chose to head to places known to be hotspots for such criminal activity, one of the four megacities. With New Tokyo and Europa being the closest it was a flip of a coin that decided their fate and they headed to Europa, the location of which held a certain irony because that was where the origin of their gifts had come from.

Outsiders in a city which had already gained a quota of heroes meant it took time for “Construx” to gain the respect of established crime fighters but once they had shown they were willing to stand with others as champions against criminals the pair soon began establishing ties with other groups. Being accepted was perhaps their greatest achievement and they had even assisted the Phoenix Alliance on several occasions which has earned them greater respect.