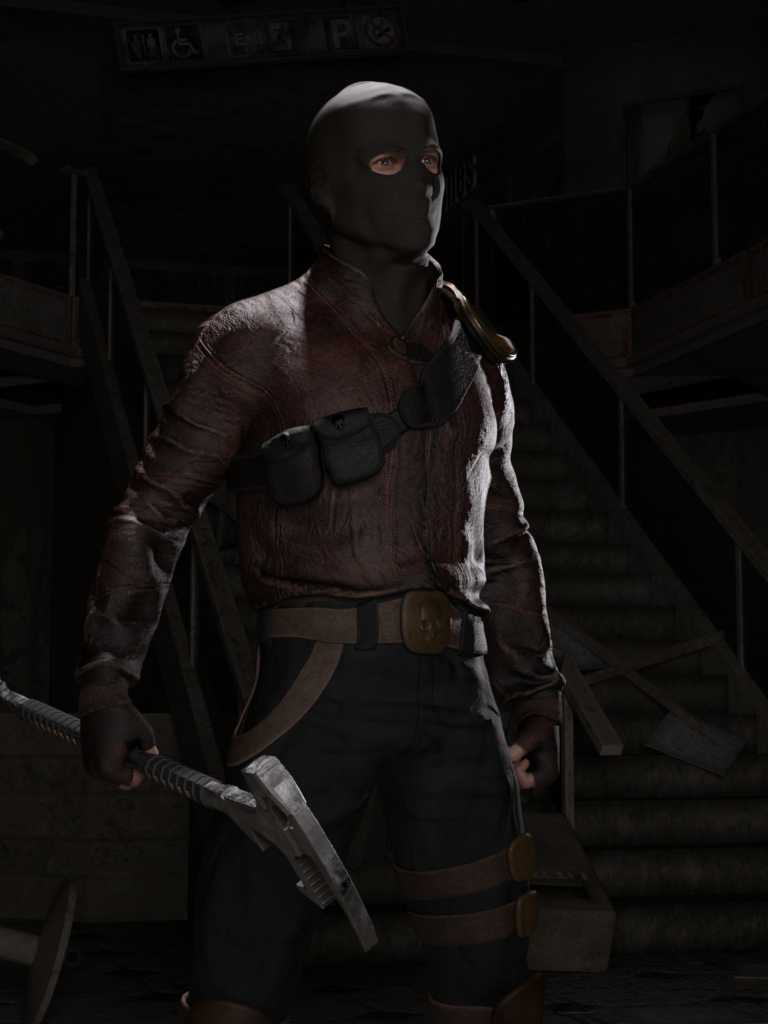 “When the world has gone mad, you can either choose to ignore it or embrace it. I chose to do the latter.”

That was the statement Lionel Dickinson made to Europa police after being arrested for beating up a group of drug dealers and leaving them hospitalised. As a first offence the judge decided against a prison sentence and gave him community service, believing that a one time pillar of the community would see the error of his ways and make amends. In truth the only change Lionel made was to wear a mask so that he could not be identified by any witnesses the next time.

Though he did serve his community service nobody realised that Lionel’s idea of community service differed from theirs so at night he hunted the type of scum that ruined neighbourhoods, the petty criminals and drug pushers, the street gangs and the muggers and if they ever stumbled across him then they were going to regret it.

At one time Lionel had everything, a wife Jane, and daughter Elisabeth and a lucrative job. As the judge had noted he had been well respected in the community. Everything had gone wrong for him when his beloved Elisabeth had died from a drug overdose. Having to go on business trips with work meant he was away from home a lot. When he returned everything at home always seemed normal. In a bid to support her husband, Jane decided to hide a lot of what was happening from him so he was unaware that when Elisabeth entered her teens she had fell in with the wrong crowd and had become rebellious which had led to drug and substace abuse.

By the time the truth emerged, it was too late for Elisabeth. With nobody charged with supplying the drugs that killed her Lionel and Jane started to blame each other and the marriage fell apart. Lionel left her the apartment and bought a new one in a run down neighbourhood of Europa.

Though he tried to more on, he was very angry and wanted someone to pay for what had been taken from him. After drinking himself into a stupor one night he ventured out on the streets with a crowbar, looking for the people that had killed his daughter. Though the chances of finding the right drug dealer would have been impossible, especially in his state he did not care. Someone was going to pay and if he could not find the right one then any other drug dealer would serve equally well as a proxy. This was how he came to beat up a group of drug dealers and get arrested by the police.

Following his arrest and community service, Lionel decided to ditch the drink. However he would not give up on his quest. To avoid any future run ins he knew he needed to be smarter and so he started hiding his identity. Very soon his neighbourhood learned of a new vigilante and he became known by his choice of weapon, albeit he often tooled up with any suitable metal object, whatever was handy.

Though the police suspected Lionel was behind the attacks on small time crooks, they could not prove it. Some even admired what he was doing for he patrolled some of the neighbourhoods they were wary about visiting.

Having actually succeeded in taking down some big criminal players, word of “Crowbar” eventually reached CLEA which is how the agency knows much about him.