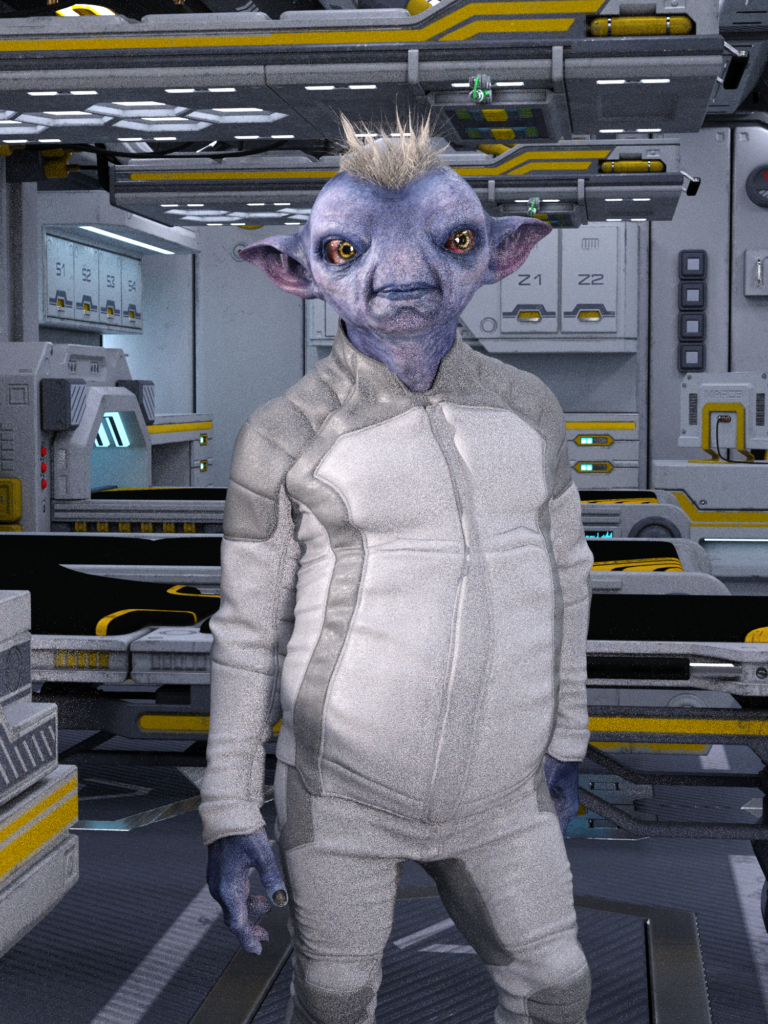 Flervil Haastral Zreegal Weerl II is a member of the Meerl race, distinctive for the diminutive size. What they lack in size they make up for in intelligence. They have an extremely unusual ability to process data through optical means.This led them to create “learning” goggles which can literally download information into their brains. Since the googles only work on the unique Meerl biology the technology cannot be used by any other race. This has therefore place the Meerl in high demand as academics by other races for use on various projects.

Flervil is a xenobiolist and skilled in medicine. He made his “career” travelling from world to world curing the incurable. He like a lot of others in his race suffered from arrogance. This led him to try and heal a dying Xigol leader. Beleiving that with knowledge he could solve the problem Flervil discovered that no amount of knowledge could cure someone that had literally reached the end of their life. Having claimed that he could cure the leader, after the alien had died he was held accountable and sentenced to life imprisonment.

Flervil though escaped and whilst on the run he came across the Star Patrol team. Realising they were without a medic he offered his services but neglected to tell them that he was a fugitive.

The crew of the Antares would eventually discover his secret when they encountered a Xigol patrol and exchanged information. Some of the information the Star Patrol received related to wanted criminals and Flervil was amongst them. Though the team chose not to hand him over and hearing his side of the story, it took a lot longer to regain their trust.