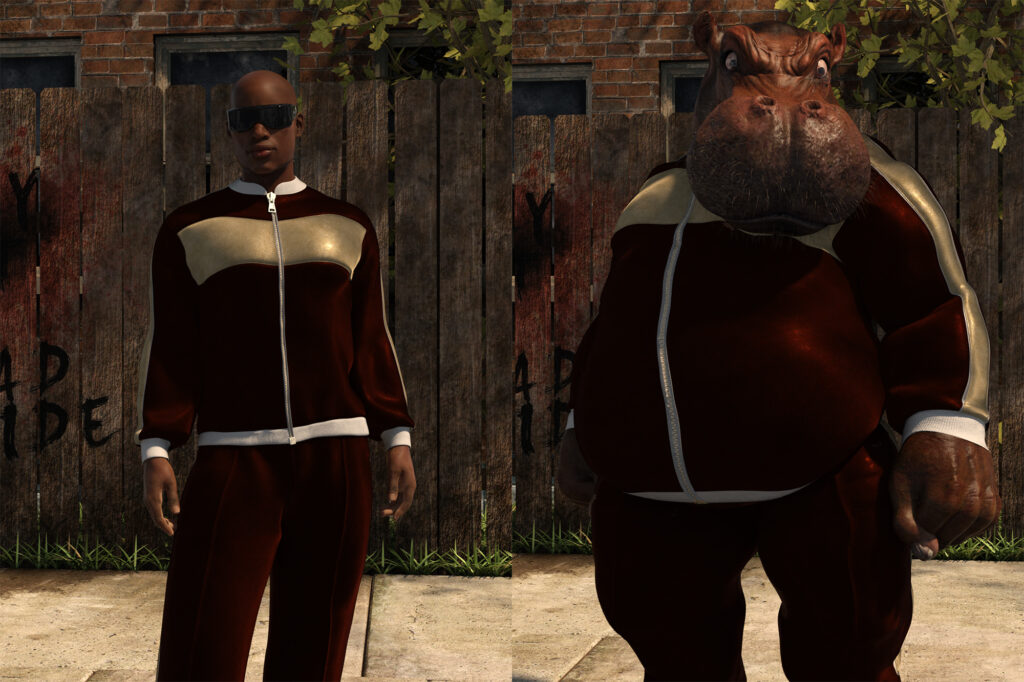 Leon is the grandson of the original “Hateful Hippo” one of the first recorded animal hybrids. Working as a cleaner Devon Winfield had come into contact with bacteria Z in a lab that was also studying African Mammals, the alien bacteria had fused human and animal DNA together giving Leon’s grandfather the means to change to an animal form.

Working for minimal wage, Devon saw his new gift as a way of making money and turned to a life of crime and became the “Hateful Hippo”. When Leon Snr was born the same genetic shifting was transferred to him. By now though Black Shadow had started its purge. Though Devon was not an Alpha, he was a criminal and therefore a rival and this needed to be neutralised. That took some time for them to accomplish and it was only after he had been killed did his son learn that his dad had been a criminal.

Though he possessed Devon’s gifts, out of shame Leon Snr. chose never to use it. When he had a son of his own, LeonJnr, the same hybrid DNA was also transferred to him although the form shifting did not appear until adolescence was reached. When Leon Snr learned his son could change shape, he made him promise that he would never use his gift. Leon Jnr asked why and was told about his criminal grandfather.

Though Leon Jnr promised and intended to keep his word at the age of twenty eight he witness a school bus get hit by a drunk driver in a car. The bus flipped and caught fire. There was very little he  could do to help the trapped children, as a human at any rate, so he decided to break his promise and for only the second time in his life, he transformed into his hippo form.

With increased strength and power he was able to right the bus on its wheels and help the children escape. He then fled the scene but footage of his actions were caught on camera. By the time he got home it was all over the news and his father was waiting for him. Leon Jnr expected trouble and apologised for his actions but his dad just gave him a hug. He was proud of what his son had done and felt that it was time to stop carrying the shame of his own father that had hung around his neck like a lead weight for all his life. He therefore suggested that Leon Jnr continue to carry out heroic deeds.

Since then Leon Jnr has become something of a part time hero. Often he had chosen to use his gift as more of a celebrity status around children, to educate them. To remove the negative connotations of the past   and to distance himself from his grandfather’s legacy he adopted  the polar opposite code name “Happy Hippo.”