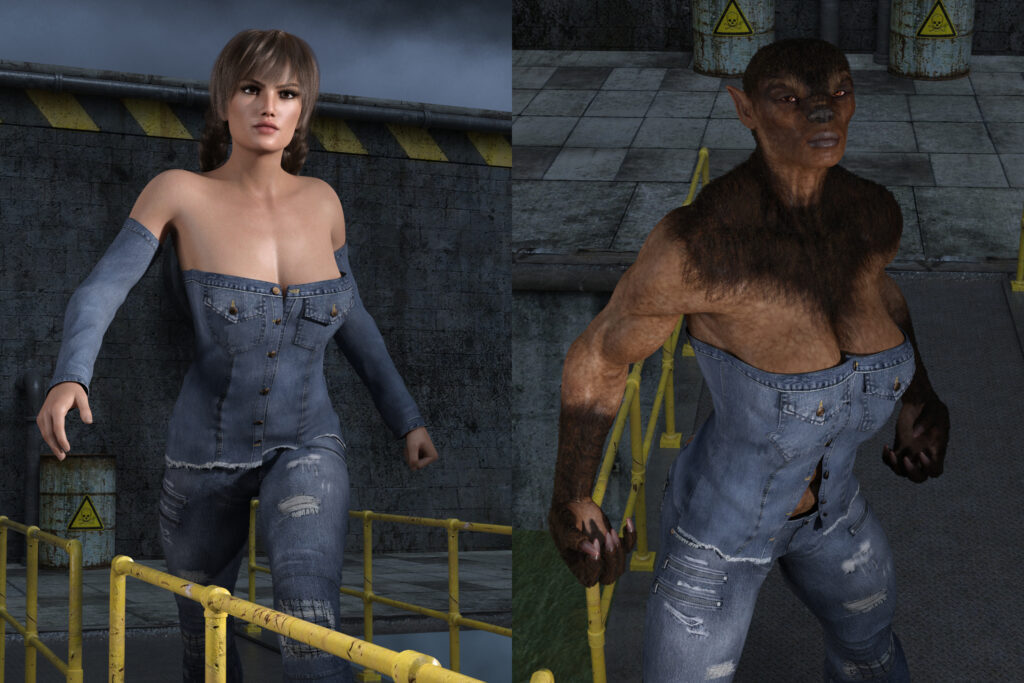 Jagged Claw is another True Werewolf that has been identified by CLEA. She apparently was a Pack Leader who was challenged and lost. Stepping down was not easy so she chose to leave, only to return and wipe out the entire group in a feral rage.

Alone in the world, she was unable to function and as time went by she started to embrace her animal side. At first it was hunting and killing animals but she grew tired with that as they presented no challenge. This was solved when a crime boss learned of her and tracked her down. He wanted certain “problems” eliminating and after they had gone to ground figured she might be able to find them.

She took the work and discovered hunting people was far more satisfying than hunting animals. After completing the job she let it be known to the criminal underworld that her services were available and never looked back.