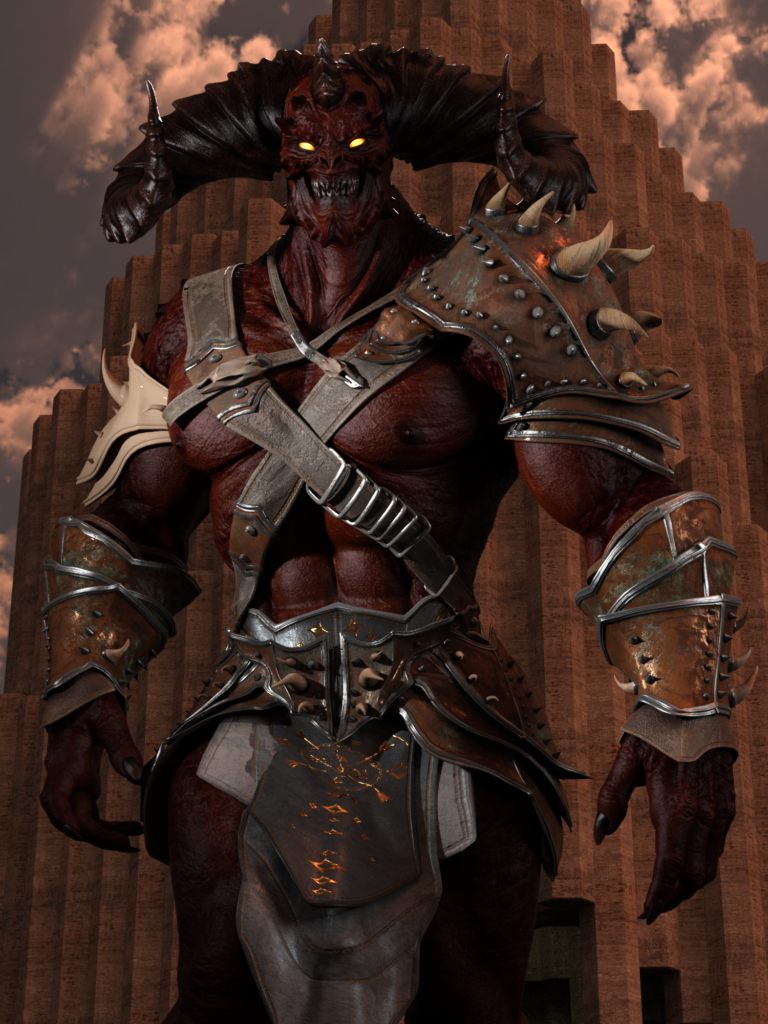 Jorromid is believed to be one of the higher ranking demons. Though primary fuelled by blood, magic the only time Jorromid will leave the Dark Realm is when he detects war and conflict. During these times it is easy to claim souls and very little effort on his part is needed. In fact he can even make deals with both sides and double his chances. This has tended to give him the title of “Demon of War”. Often he does not even bother to wear a disguise since he is so strong that he is not afraid of angels.

Whilst, like all demons he is attracted to souls, having amassed a good deal of power over millennia means the mundane task of specifically assembling an army of followers does not tend to interest him. Most of his own followers actually come from rival demons. When they try to move against him, if he defeats them he is then able to claim their followers.