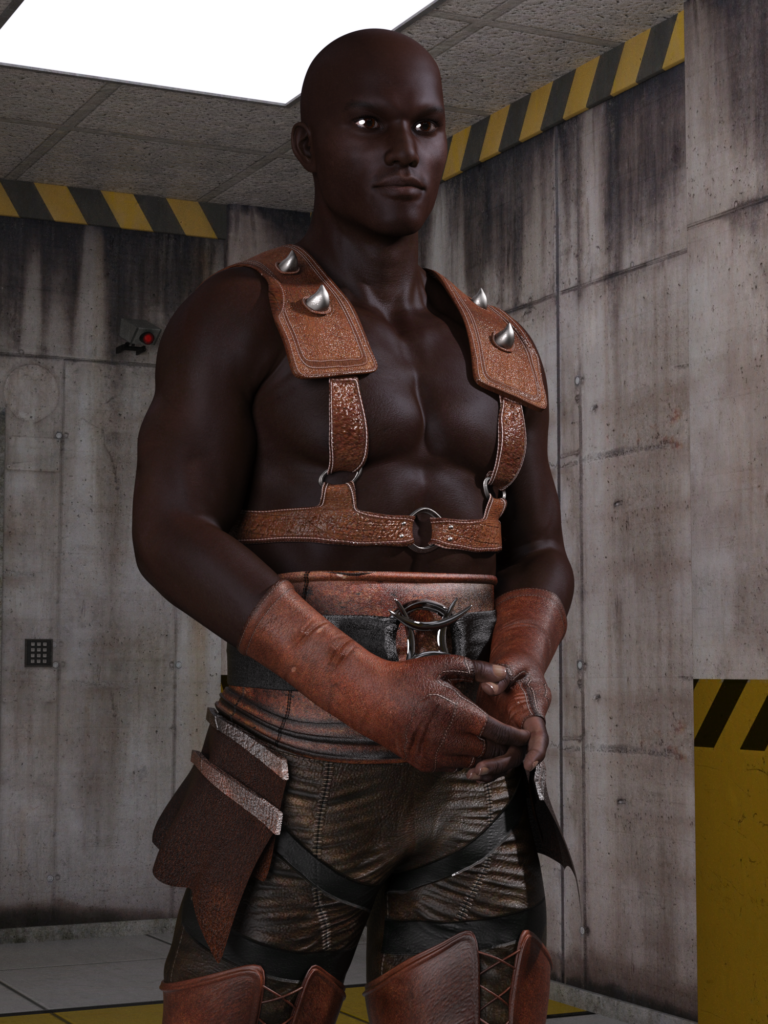 For the early part of his life Jamal was career military. Having initially tried at becoming a doctor, when that did not work out he joined the army. Ten years later he had risen up the ranks and then actually found himself going full circle when the opportunity arose and he became an army medic.

Too much exposure in bloody conflicts though took its toll on him mentally and left him an uncontrollable rage. The army had to discharge him on medical grounds. He then received treatment from a string of psychologists who diagnosed him as a sociopath. They did manage to help him get his rage under control but then he had no means to support himself. The army pension paid for the basics but he needed to work. Though he had medical training he felt he needed an outlet for his violence and this is how he found the underground fight rings. Since no “respectful” doctor would ever risk being associated with such enterprises Jamal made a lucrative business out of patching up injured fighters.

One fighter that often got his attention was Deborah Henshall, mainly due to her lack of success. He couldn’t figure out why she kept coming back to get a beat down. Jamal was also curious why she never needed his help, not that he needed the money. Watching her fight was actually a source of irritation for him because she was so hopeless. Finally having enough at watching a train wreck every week he persuaded her to allow him to train her. Having spent years in the army he knew enough about unarmed combat and certainly more skills that she knew.

In exchange for a share of her winnings he started to teach. It was only when working together did she admit that the reason she never need his help was because she was an Alpha with the means to heal herself via absorbing the blood of another. In fighting she had expected to get close and inflict minor damage on her opponents and that way when they bled she would have been restored. However as Jamal had seen she simply could not get in close.

Working with her, Jamal tried to find a means for her to exploit that advantage. Though she lost her first few fights, as the training continued and Deborah started being able to get in close, she started winning. No matter who she was up against once she got on her streak she seemed unstoppable. Having perfected her techniques she no longer actually needed Jamal but since she would have got nowhere without him, she decided to keep him as a trainer and manager.

As she gained notoriety and attained a fan following, Deborah decided to set up her own fight league and semi-retire on the money. Jamal was kept on as part of her “staff”. Occasionally against his judgement, Deborah would sometime return to the ring if an “interesting” opponent showed up at one of her fight nights.

This turned out to be Deborah’s downfall because she decided to take on animal hybrid known as the “Beast”. During the match the Beast got in close and clawed her face ripping out her right eye. She tried to heal herself by taking his blood but then discovered that to her horror the blood of a hybrid was not compatible with her Alpha ability.

Jamal tried his best to keep the wound open so that he could perhaps transplant a replacement but it was no use, the area healed over. After the incident Jamal watched as Deborah spiralled out of control. At first there was sadness and despair over the disfigurement. Then that gave way to rage. He had seen it all before as he had experienced it. Deborah would eventually find the Beast and exact her revenge but after that she was not satisfied.

She continued to run her fight ring but got twisted with the matches. Frequently she sought out hybrids and put them in matches where she knew they would get hurt. The pattern continued until a rich billionaire asked for a “private show”.

That eventually led Deborah to setting up the Praetorian Club. Jamal was then given the job of fixing up the fighters, as he had done in the past. She also wanted him to use drugs on some of the combatants that refused to fight, essentially chemically brain washing them. Any other doctor would never had considered doing such a thing but Jamal enjoyed the violence. Though the training of fighter was normally under the supervision of Melinda, on occasions, he would get involved. As part of the club’s Roman theme he became known as Medicus.