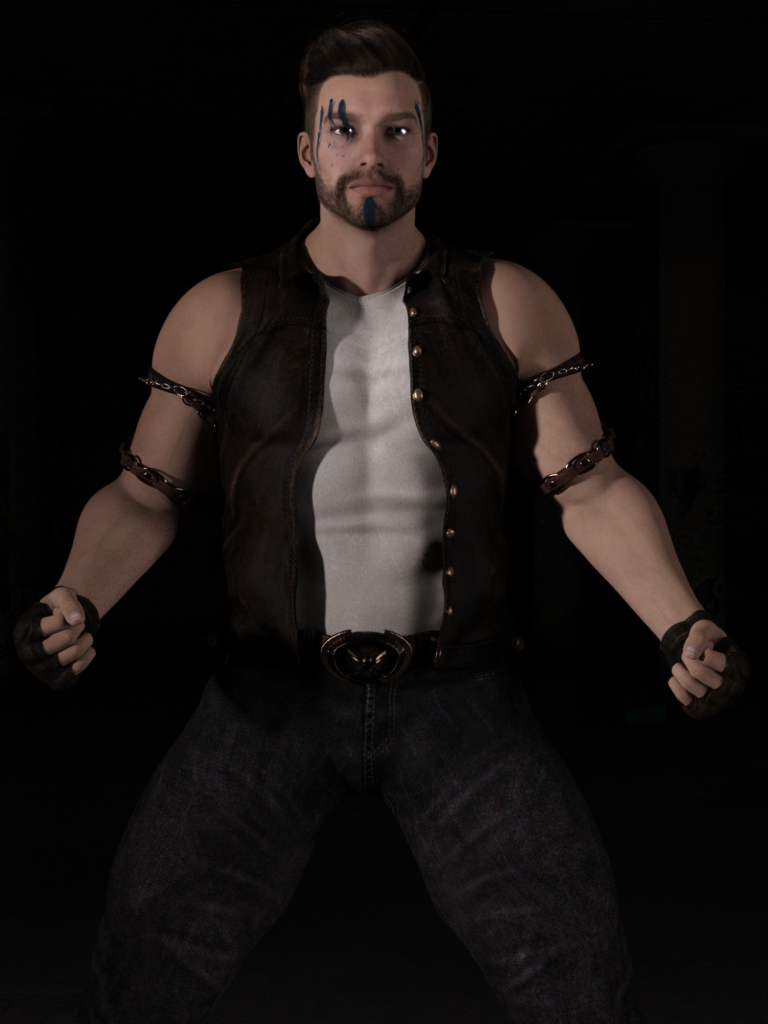 In any city the homeless form both the most vulnerable and the most exploited in society. Often recruited by gangs and crime bosses they are considered disposable. In one area of Pacifica things are different for the homeless there are protected by the Komodo Dragon, Magnus Arnesen.

Magnus’s family came over to America when he was very young in search of a better life. However things quickly fell apart and his father turned to alcohol to solve the problems. This led to him and his mother to get beaten on regular occasions and so Magnus felt the only way to escape was to runaway, which was how he found himself on the streets of Pacifica.

As a homeless teenager Magnus grew up very quickly and survived by pick pocketing people and snatching wallets whenever the opportunity arose. He did not really like stealing off others but unfortunately he knew he had no choice in order to survive. In time he made “friends” with other homeless individuals and that increased his chances of making it from one day to the next.

Whilst with his new extended family he also witnessed how criminals often stopped by and “employed” the homeless to do their work. The rewards for doing such work was minimal and their favourite payment was drugs. By hooking a person on drugs they could basically turn them into slaves willing to do anything and when things got difficult they were either arrested by the police or “disposed” of so they could not talk. Disappearances were an all too common thing on the streets and it was this fear which stopped Magnus from joining the criminals.

At 21 he was still homeless and then something extraordinary happened, his body began going through some changes. What he did not know was that he was an Alpha Interior and he was becoming an Alpha Superior. A fight one night with a drunk was the trigger to complete the transition.Though he now had superhuman capabilities it would be some time for him to “discover” he had them.

Then once he learned that he could make his skin invulnerable Magnus wondered what he should do with his gift. Even the homeless had heard of Alpha Superiors becoming costumed heroes but he was no interested in saving the world. However he realised he could perhaps save “his own kind”. From that moment in time he chose to use his special abilities to protect his “family”.

Able to deal with any threat criminals could throw at him he started chasing them out of his area so that they could not exploit the poor. His reputation grew and soon homeless people came to him for his protection and he became sort of a “ruler” for them in his small area of Pacifica. Though he wants nothing off them, in order to remain in his “community” he had zero tolerance for violence and drug pushers and anyone caught doing either are expelled.

Due to his tough skin he eventually earned the nickname Komodo Dragon.