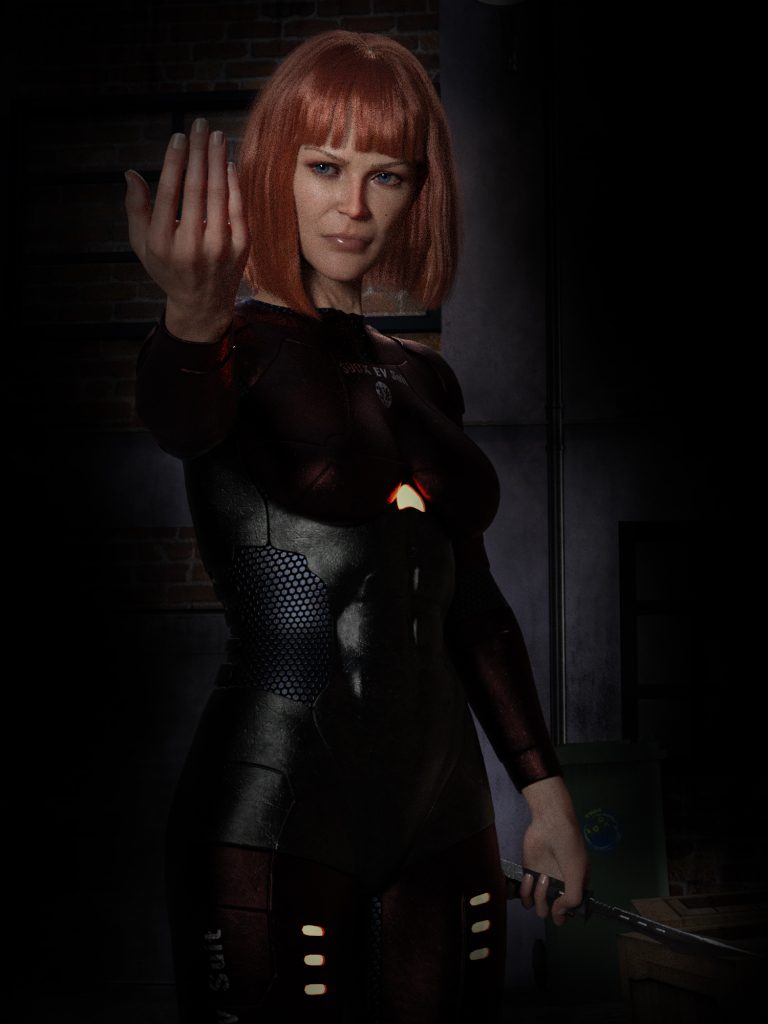 For a long time the only Alpha’s that worked for the Lady were the ones she hired for specific jobs. Fiona came to work for the Lady as she nearly became a victim of Atlantica Streetz. At the time she was living rough on the streets and small group attempted to mug her. Having only just discovered she was an Alpha Superior she did not have very much control over her powers.

When the gang attacked, Fiona panicked and the entire area was blanketed in darkness. As they tried to grab her, she fought back in a devastating attack that caused the gang to retreat. Those involved in the attempted mugging reported to the Lady that they believed they had fallen foul to have been an attack by a new vigilante. Intrigued she set out to find the girl that had forced the gang to retreat.She knew that if word leaked out that her gang had fled then the Atlantica Streetz might be regarded as weak and become a target for other gangs trying to claim territory.

The Lady’s intention was to make the “attacker” pay for what she had done and thus reassert the idea that her territory was still very much secure. However when she eventually found Fiona, the Lady observed that, far from being a tough vigilante, was simply a scared individual. Seeing an opportunity, the Lady apologised for the actions of her gang and decided to offer her protection and a promise she would never be frightened again, but on the proviso that Fiona come and work for her. Desperate and without any food or money Fiona chose to go with the Lady.

Over time she had mastered her Alpha abilities and has proven invaluable in many of the gangs criminal activities. Such is the Lady’s ability to manipulate others, Fiona, has been totally brainwashed into loyally serving her and therefore has no qualms about the fact she is committing crime.