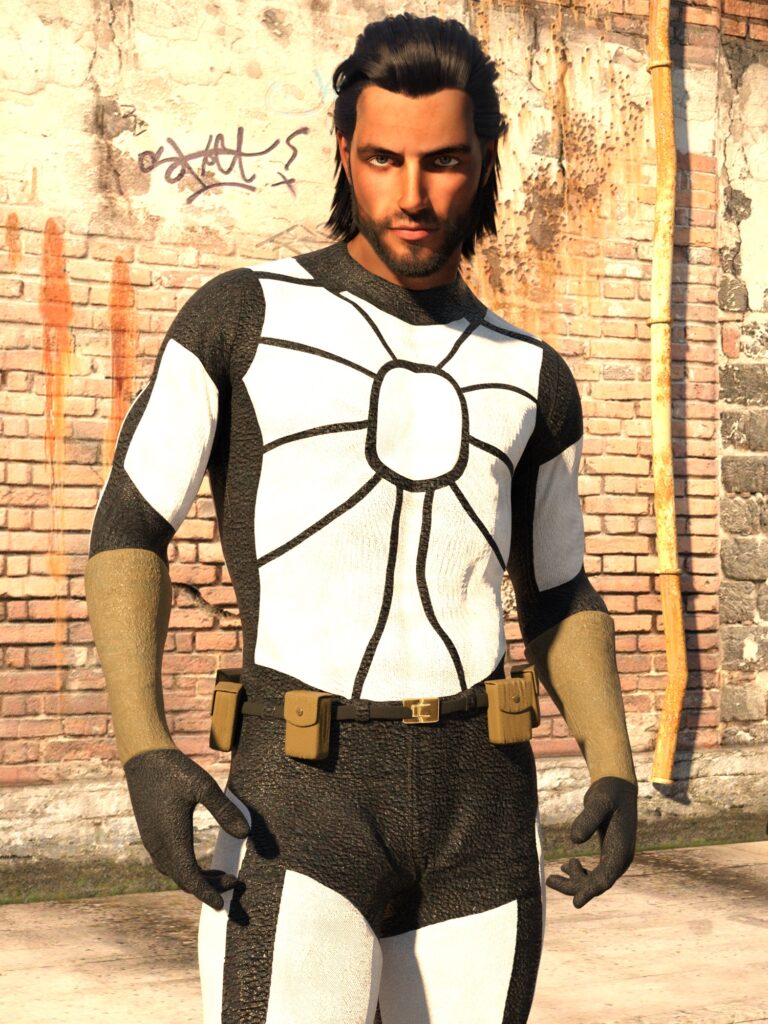 At a young age Tim’s parents became suspicious as to why their son never got ill and so they had him tested and then confirmed that he was an Alpha Inferior. This was something of a surprise since as far as both parents were aware that when they traced their family lines backwards from Australia none of their ancestors had ever lived close to the comet impact sites, the “source” of Alphas.
Since Alpha Inferiors changing status to Alpha Superiors were rare, Tim parents chose to raise him as an “ordinary” boy. They hoped Tim would be destined for greater things later on in life and if he did gain some extraordinary gift then he would use it for the right purposes.
Tim’s father and grandfather had both served in the military and it was natural for the assumption to be made that he would carry on the family “tradition” especially since he might have some untapped potential. However when it came to choices of career in his teenage years Tim had other ideas. He was not particularly rebellious towards his parents but felt drawn to the arts, music and theatre.
Running around wearing a uniform and waving guns was not wear his heart lay so consequently he went to college and began to feed his passion eventually gaining qualifications that led him to a job in acting.

Then when he turned twenty five, his world turned upside down when he began experience sensitivity to light. Tim knew he was changing to an Alpha Superior and he could hear his father’s voice inside his head urging him to use his gifts to benefit others. However even before the change was complete, Tim had decided he simply wanted a “normal” life.

Try as he might once his Alpha abilities kicked in all hope of an ordinary life was lost simply because he kept inadvertently forgetting he had “special skills.” Able to duplicate the movement of others simply by watching them (albeit from his POV so they were in a mirror image) he kept upsetting others who thought he was simply having fun at their expense.

That eventually led to him finding it increasingly difficult to work at the theatre and so he had little option but to quit and find work where he could be alone. Not tempted to use his skills as a crime fighter, like many other reluctant heroes fate would intervene during a trip to New Tokyo.

Chaos arrived in the city and planted several explosive devices. As police and other agencies including CLEA tried to take care of the problem, panic ensued. “Air Raid” were called in to assist in the search. As the streets were cleared Tim ended up turning up a wrong ally and coming face to face with Chaos member Mathew Newman. Since none of the criminals were ever afraid of attacking the general public, the risk of having one find the location of one of the bombs was enough to cause Newman to attack.

He sprayed Tim with ice and that was when Tim learned for the first time he had a secondary Alpha ability because not only could he mirror a person’s movements but he could also “reflect” an Alpha’s abilities. Consequently Newman became engulfed in an icy blast. Unsure what had happened he called out and Tim ended up having to face Pitbull. Skilled as she was at fighting, not only did Tim manage to duplicate her fighting skills but also matched her Alpha ability, thus it was like she was fighting herself. Having lost the element of surprise both Chaos member withdrew and left Tim to his thoughts.

Since he was very much alone, Tim felt he had avoided getting drawn into the life of an amateur crime fighter. However over the coming weeks he began to have second thoughts. Still unsure what to do, he went home and told his parents about everything that had happened. Chaos had certainly caught the news headlines but nobody knew why the group had abandoned their plans but Tim’s parents now knew why.
He explained that part of him wanted to use his gift to help others but another part of him wanted a normal life. Both his parents though said he had to make that choice but his father did state that how proud he was that he had singlehandedly put a stop to Chaos.

Several more weeks passed and still Tim did not know what to do until he saw a mugging taking place late one night. Realising if he did nothing then the victim could get hurt, Tim felt unable to ignore what was happening and intervened. Try as they might the muggers could not defeat Tim easily but since one of them had a knife, when Tim copied the man’s moves he had no weapon to strike back with and consequently ended up with slash wounds to his hands and torso. The commotion attracted others so the muggers left empty handed.

Almost as soon as his wounds healed Tim had finally reached a decision and chose to become an amateur crime fighter, using the alias “Mirror Man.” In time his actions were noticed by the “hero community”. The Phoenix Alliance performed a background check to see if Tim was suitable recruitment material and they learned that he had suffered many injuries due to the fact he had no protection when weapons came into play. This information was passed on to the Knight’s Forge and they approached Tim and offered him a suit that could protect him as “payment” for the self-less he had performed in the service of ordinary people.

After that the Phoenix Alliance approached Tim and asked him to join them. However he refused, not because he had problem with being in a group but because when he was surrounded by many people with Alpha abilities as would happen on a team his own abilities ended up going into spasm as they tried to reflect multiple Alpha abilities simultaneously. Tim found it easier to either work alone or work with none Alpha heroes so declined the offer. In time though he did end up making a loose alliance with heroes such as the New Tokyo Misfits since they being “normal” do not cause him problems.