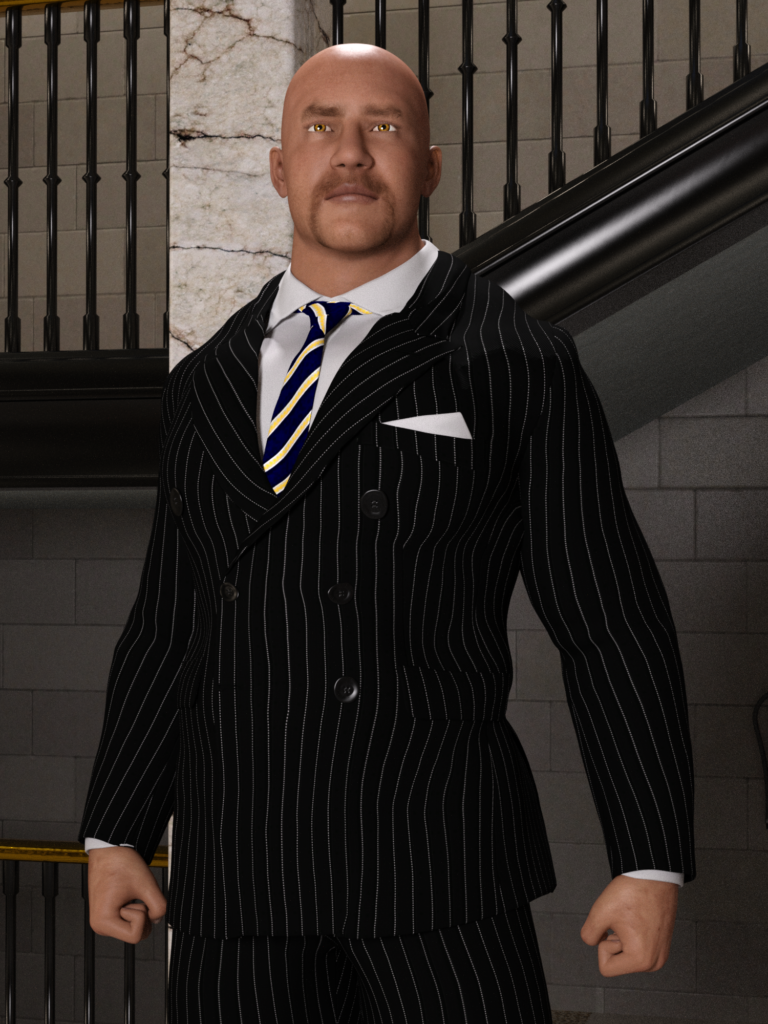 Mr Andrews is a person that according to all sources “does not exist”. He currently works as Mantis’s bodyguard/butler. Whilst it was considered that he could have been a refugee from the Breach Day event, information recently learned indicates that he had a past history with the Dice Man. The lack of any records would therefore point to him being part of a secret government agency. How he left and became a criminal bodyguard is open to speculation. The only thing CLEA does know for certain is that despite his size and shape he is not to be underestimated for Mr Andrews is a clinical efficient killer.