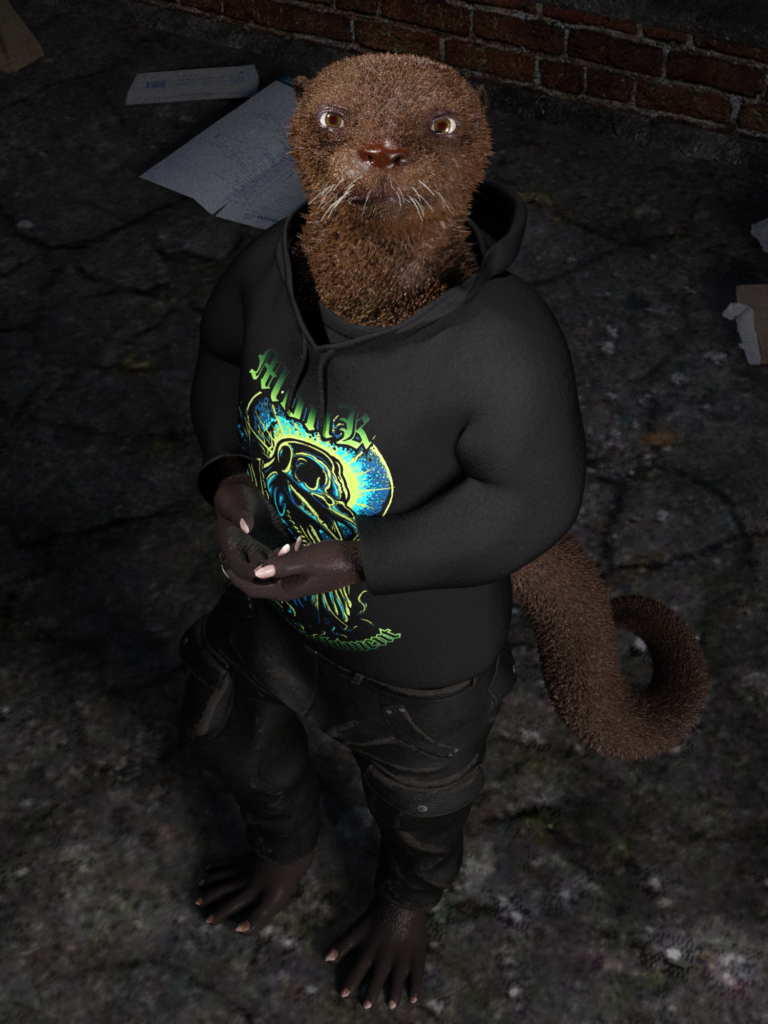 Ottoman was an inhabitant of Terror Island but whilst the rest of his kind were satisfied with their lives and avoided the “dangerous” humans, he was fascinated by them. In trying to learn more about them he frequently broke into research bases to steal items and discovered he had quite a talent.

Over time he picked up on human language which is how he learned he could escape his mundane existence. Sneaking aboard a ship as a stowaway he made it to New Tokyo. From there he was able to jump onto other ships until he ended up in Pacifica. A massive city was just what he needed for adventure. The problem for him, now was that whilst he passed himself of as animal hybrid people often thought he “looked cute” and refused to take him seriously. To get along he needed money but the only work he could find was as “novelty entertainment”.

This was an embarrassing idea and rather an insult so he decided to revert back to his older skills and took up thieving. As a master thief people did take him seriously and whatever they wanted he could usually get them. Originally he started stealing stuff for the “bad guys” but they frequently tried to either cheat him out of deals or simply tried to kill him, so he decided to steal stuff for the good guys by taking it from the bad guys.

Though this earned him a reputation as a “hero” he always made sure that he made money out of all his exchanges. Along with an abrasive attitude, few heroes get along with Ottoman but to him its just business. “You want it, I can get it” is his usual line, and though most hate to admit it, he is as good as his word and over the years has obtained stuff for a variety of organisations including the Phoenix Alliance. Even CLEA used him to snatch a dangerous bioweapon and though wanted for many crimes they were forced to pardon him as part of the deal.