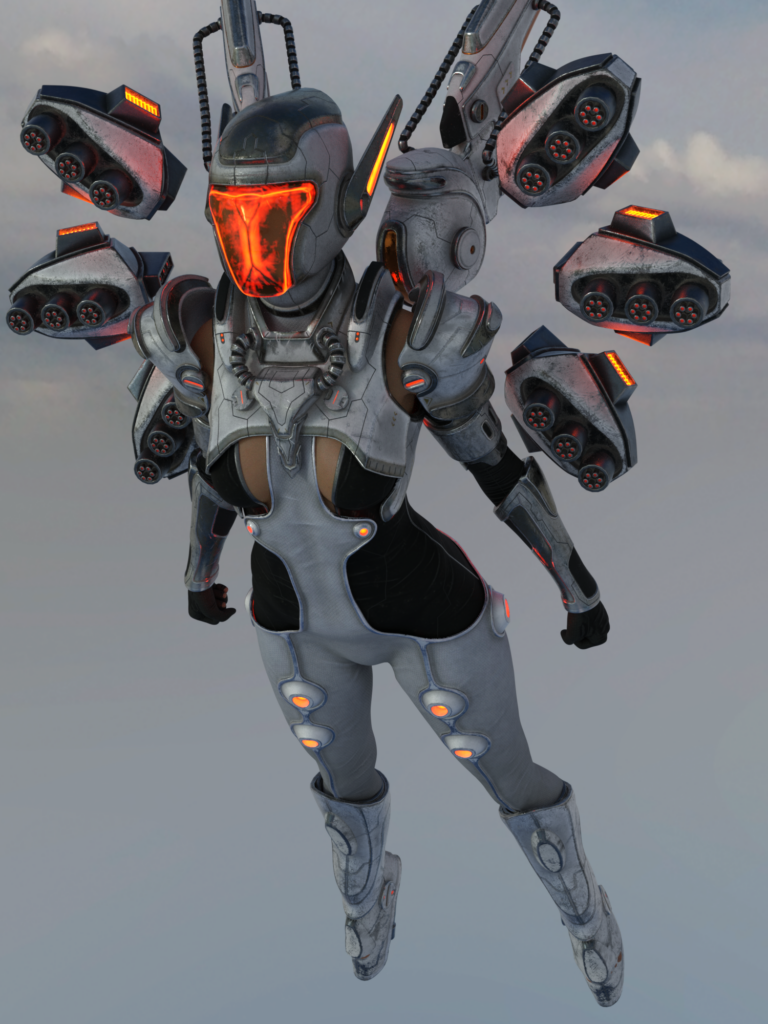 CLEA’s code name of “Pointe man” is base on a play on words regarding the a military term, the change in spelling referencing the unusual boots worn by Amanda.

Like many of Citadel’s assets she appears to be a teenage runaway that was snatched by the group and indoctrinated. Rumours suggest that Amanda Ruiz was selected as a test subject to try an advanced alien armour Citadel had “acquired”. The suits orignal occupant appeared to walk on its toes and though an attempt was made to change the design, Citadel scientists found that is the boots were altered to become flat then it messed with the overall flight characteristics and made the technology virtually useless.

The downside of the tech is that whilst Amanda is very powerful above ground, her feet position when on the ground make it hard for her to walk any great distance and at the same time prevent her engaging in unarmed combat. Whether Citadel manages to reverse engineer the outfit and use it to produce more and fix the overall design remains to be seen.