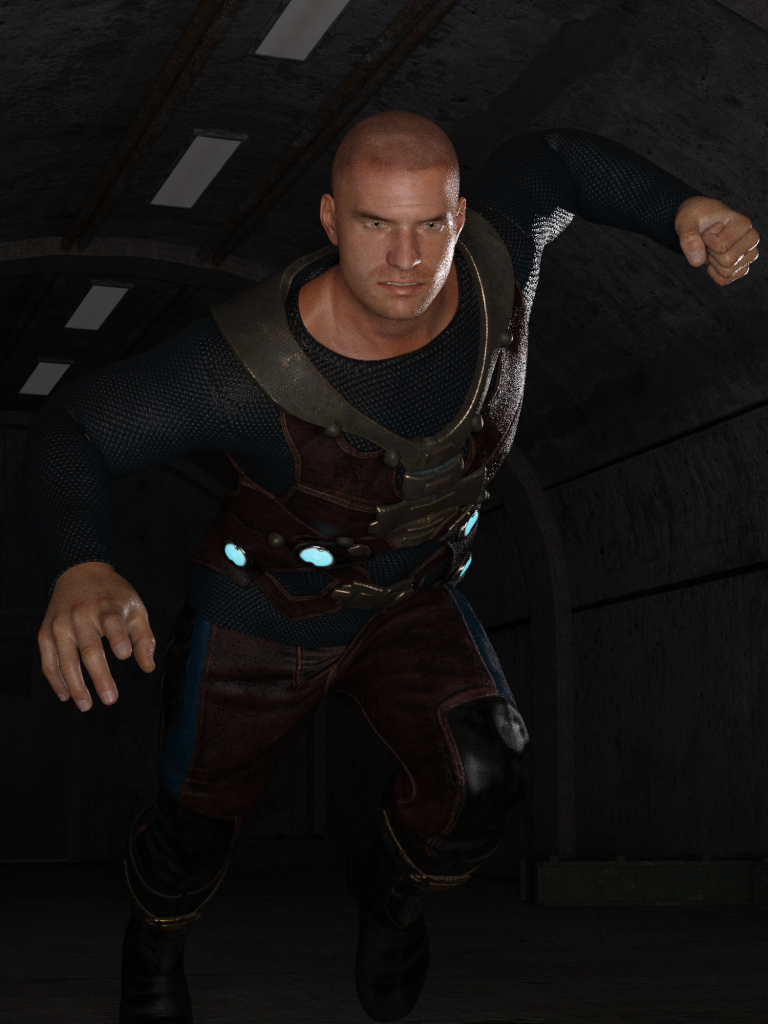 Citadel is no stranger to using humans as test subjects. As well as homeless and runaways another favourite source is through prison population. Such prisoners though do not come from civilised countries but instead from places where corruption is rife and for the right money Citadel can get all the test subjects they need.

It was is therefore surprising for an American prisoner to end up with the. Aleksi though was even more unusual for he sought out Citadel and volunteered to be a test subject. At the time he did this, Aleksi was serving a fifteen year sentence for armed robbery. Not wishing to rot in prison when an opportunity arose to break out he took it and went on the run.

Continuously being chased eventually started to wear him down so he reached out to some old contacts in the criminal world, looking for a way to “disappear.” Looking at the situation, the only way out they could see was through Citadel and so he made contact with them.

Only too willing to have a volunteer, after months of being held at one of their facilities they decided to use him as a guinea pig in one of their latest acquisitions, a piece of alien tech armor. One of the alien traders they had an agreement with had brought them a piece of armour normally used by the Bolivvar race for contest purposes. The giant aliens apparently liked to show their prowess in contests where too combatants crashed into one another, not unlike stags rutting. The last one standing was the winner.

Though Citadel had no use for “sport” armour initially they rethought the idea and decided to see if it could be modified into a weapon used by humans. This was what Aleksi was chosen for. Though the project never went anywhere in the end they chose to let Aleksi keep the armour and work as one of their retrieval assets.

In terms of raw  strength the armour makes Aleksi the most powerful asset they have in terms of physical strength. Though often used for lone missions, Citadel superiors tend to like Aleksi to be held back and used in a support role whereupon the charging powerhouse can turn the time of a confrontation in Citadel’s favour.