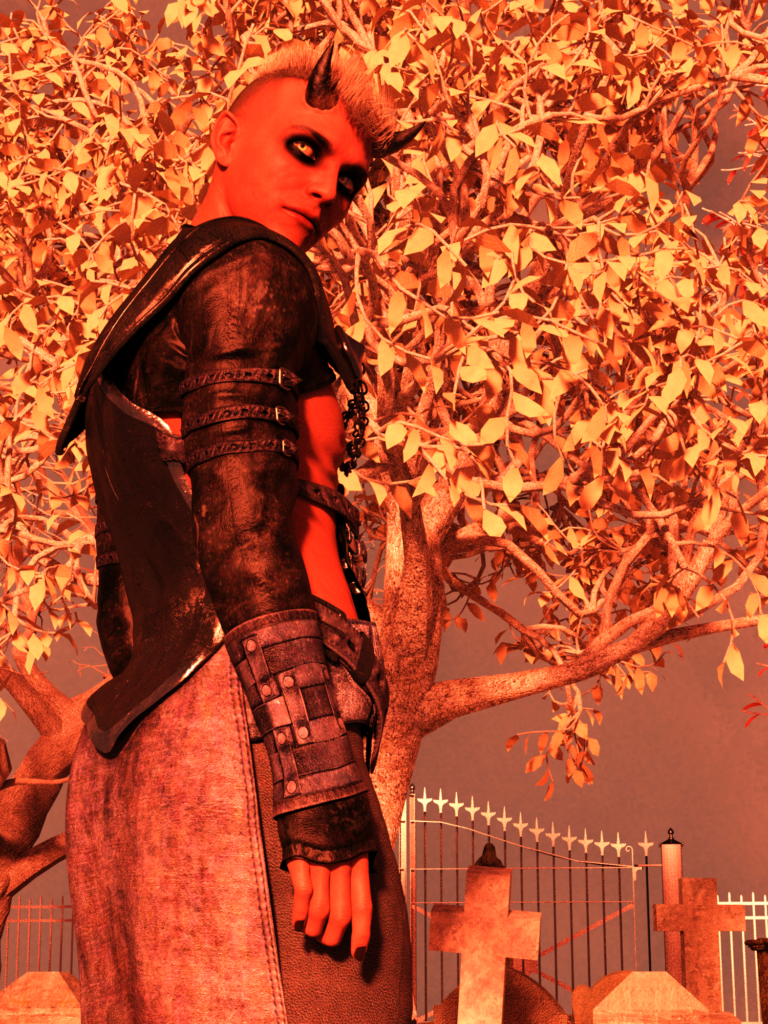 Sarach is a very low ranking Demon considered so minor both by his own kind and the Angels that they generally ignore his frequent trips to the mortal realm. Usually a Demon so far down in the hierarchy would be forced into collecting scraps in the Dark Realm as he would not be able to compete in trying to obtain souls. Whereas others employ various schemes such as deal to get around the agreement with the Light Realm if he tried to do the same the higher ranking members of his race would soon put a stop to the unwanted competition. However Sarach has found an interesting way in which to obtain souls that do not attract the attention of his more powerful brethren. He seduces mortals, mainly women into simply handing over their souls.

Having perfected a form of magic that makes him irresistible to mortals.  Sarach’s technique is to visit various clubs and social venues all with the goal of trying to   get someone interested in him. Once he succeeds then that person becomes his next victim for few can ignore his charms. Though it takes more effort and may involve more than one meeting he eventually will persuade his target to hand over his or her soul. Since they willingly hand over their souls he never actually breaks the rules regarding manipulating free will.