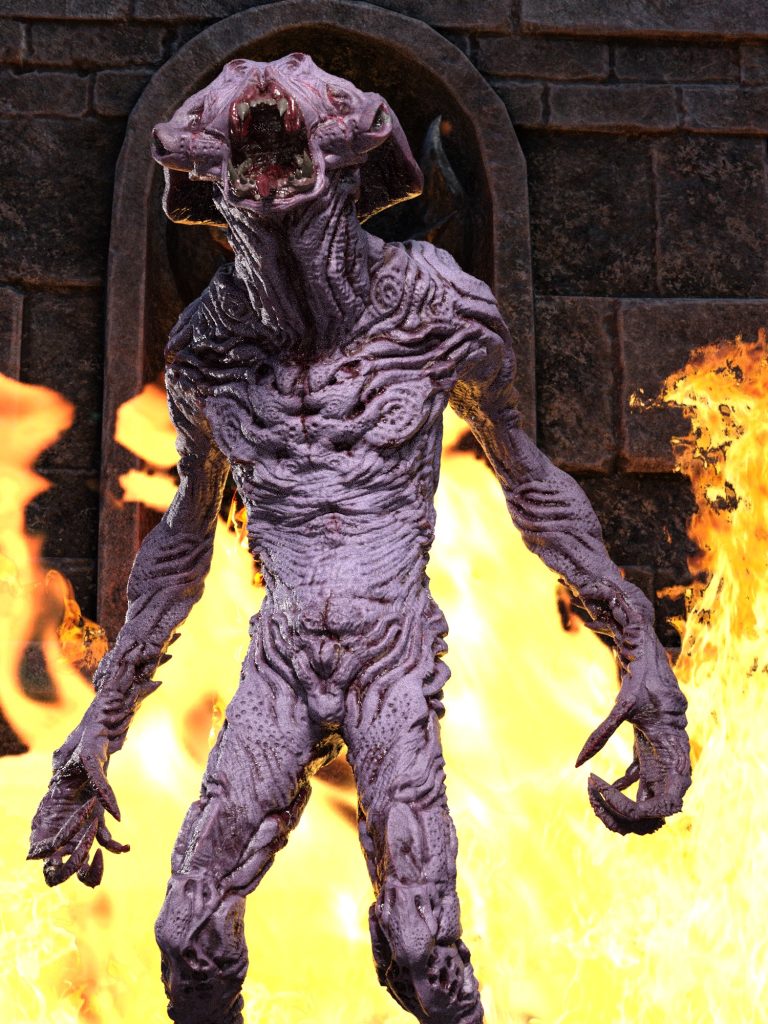 Known as the Monnolith since his demonic name is unpronounceable in the human tongue, this being is thought to be one of the most ancient of his race, at least the same age as the Gatekeeper and older than Kinen. Whereas most Demons try to claim mortal souls, Monolith has no interest in playing such games. To cope with his near immortality, Monolith had to find purpose and he has fulfilled that by giving himself the duties of protecting the Dark Realm.

Should anything or anyone try to attack his “domain” Monolith will brutally deal with such threat. Whilst he will take down his own brethren that threatens to break the agreement with the Light Realm he will also venture into the mortal realm to deal with any human based threat.

Often such individuals either deliberately or inadvertently threaten the Dark Realm,  and  the view of the leaders of the Light Realm is that they have brought the fate upon themselves. Many Angels though consider the real truth is simply that the Archangels have neither the strength or power to deal with the guardian of the Dark Realm, not without igniting a full scale war so in the interests of peace they choose to ignore his incursions providing he does not start using his visits to take human souls.