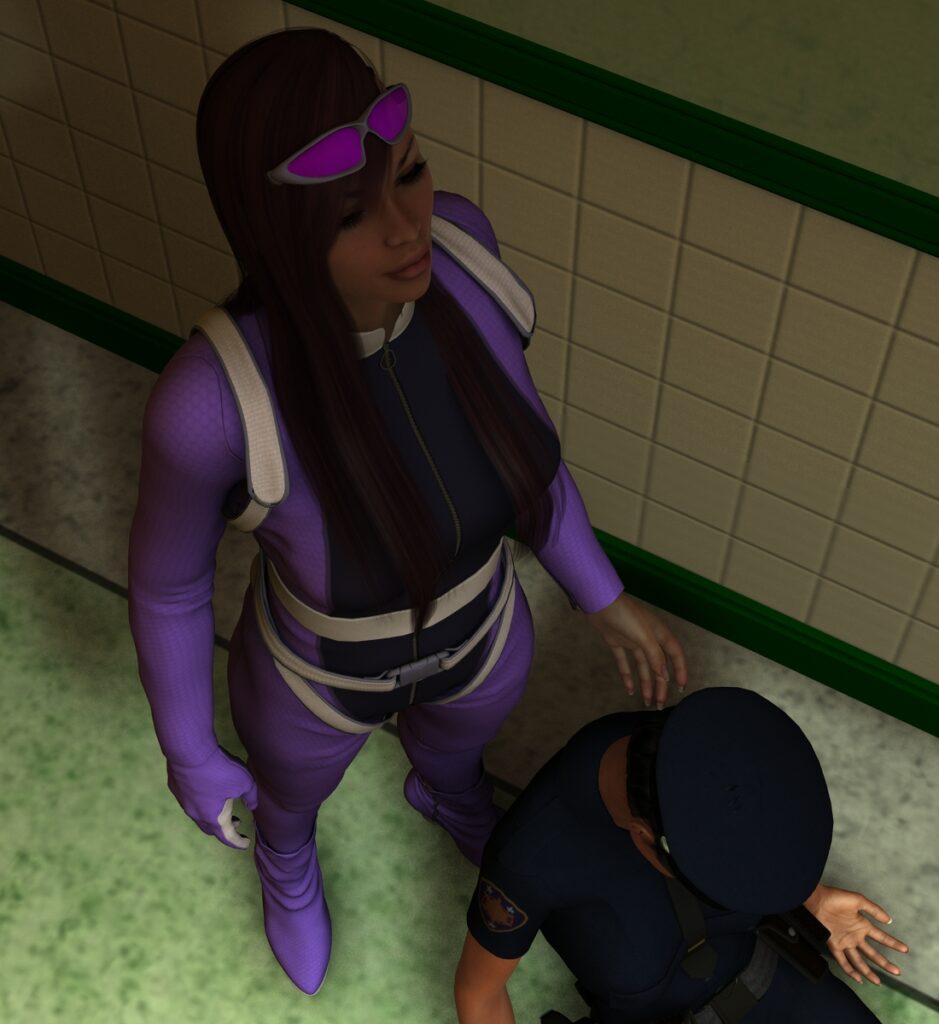 Able to turn people into living statues “Shut Down” is often hired for kidnapping or in situations such as robberies where people need to be controlled.

Due to her ability to turn people into living statues, Naomi is exceptionally good at disabling people so they cannot escape or call for help. Whilst quite a powerful ability she still has to get close to her victims to physically touch them. For this reason she rarely works alone. Being part of a crew often limits her rewards when compared to solo Alpha Criminals but she is less arrogant than others and is very much a team player.
By far the most “famous” incident she was linked to was a robbery at Stevenson’s Bank in Atlantica’s financial district. Working with the the robber she disabled the security guards and the hostages. With them unable to do anything they were far easier to handle and monitor which is why the robbery was so successful. It is also believed she has been linked to several cases of high profile kidnappings. With Naomi of the “team” it is far easy to control kidnap victims since they are unable to escape.