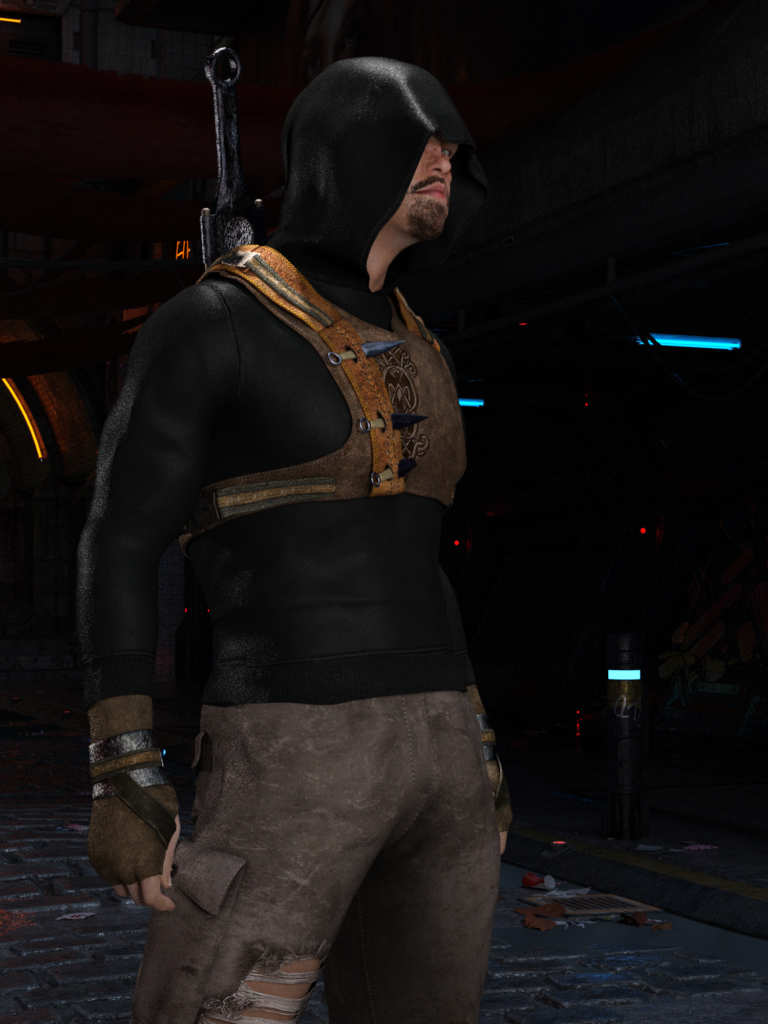 At one time Sergio was destined to have a career in archaeology. Fate hate other ideas when he was on a dig and the team discovered a hidden vault that was in the region of 300BC. Unsealing the vault the group came a across an inscription which warned that within the chamber was a sword that contained the spirit of an ancient evil that had been defeated and should be left undisturbed.

Having come across curses and such like before, being academics the team did not have much belief in the warning. After taking precautions the unsealed the vault and on the inside on the middle of the stone altar was a sword that was in pristine condition. Normal protocols meant that there were a great many things to do before even considering removing the artefact. However Sergio became overwhelmed with a desire to touch the weapon.He tried to ignore the thoughts but it was no use and he found himself approaching the altar.

His supervisor tried to stop him, but as soon as Sergio touched the sword he became enveloped in a strange energy. He felt his mind start slipping away as the sword possessed him. It then demanded that Sergio attack everyone and kill them. He did as instructed and then went on the run.

Wherever he appears he leaves a trail of death and destruction. Followers of the occult believe the sword is an Active Totem and may well contain the spirit of a demon. The blood from its victims seemed to fuel its magic. Though Active Totems are known to have the means to possess their owners even the dark ones usually have a motive for what they force their owners to do their bidding. In the case of the sword that Sergio wields there is a theory that the demon may well have found a way to escape its containment by amassing dark magic through the spilling of blood. This is why Sergio is forced to attack at random. His victims do not even need to die for it is through absorbing blood of innocents where the sword gains its power.