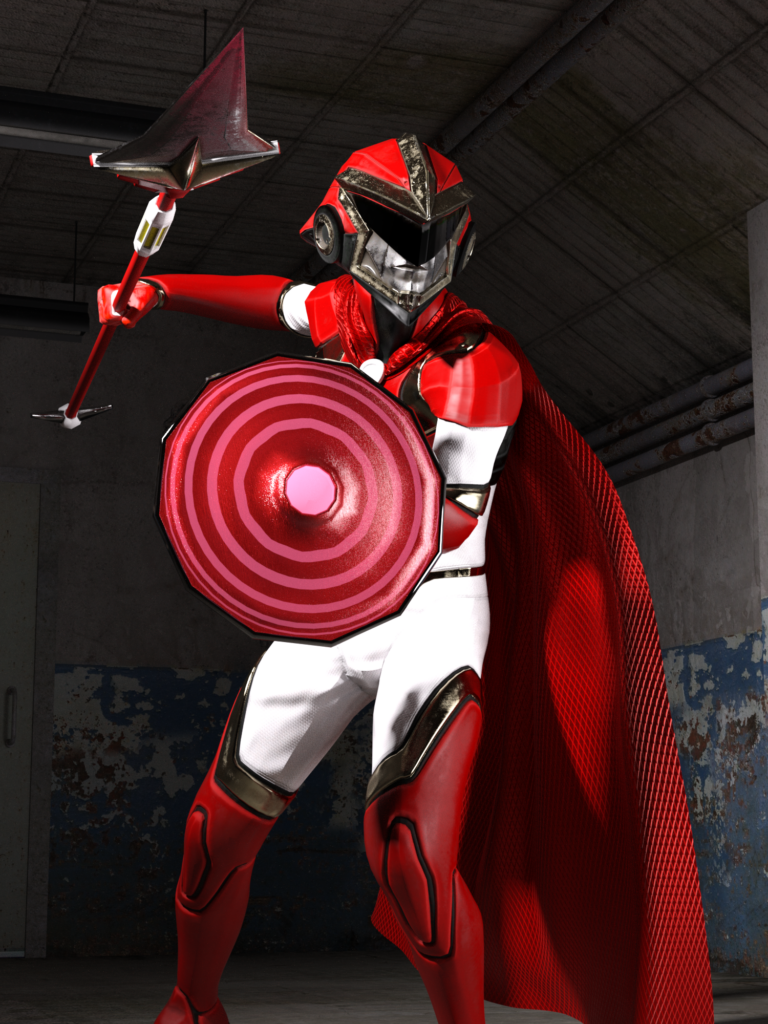 Very little is known about Spartan other than his real name of Russell Bettany. From exchanges with other heroes and background information pieced together by CLEA it has been learned that Russell was amongst those humans that the Myzx snatched two decades earlier.

It is believed when the group that later became known as Vanguard broke out of the Myzx facility he was amongst those that was released. Since only that group were the only ones that actually made it out of the facility together, it is assumed that Russell was amongst the others which got separated.

After that nothing is known apart from he somehow made it back to Earth and along the way picked up alien tech during his adventures. Unlike some others who also came home, he does not harbour a grudge against Vanguard for them leaving him behind. Since arriving back Russell has remained highly reclusive, only surfacing when an alien threat presents itself. Clearly he has learned a great deal in his time away and when it comes to aliens it would appear that not all were good encounters. This probably explains why he has attacked “friendly” aliens when he first sees them.