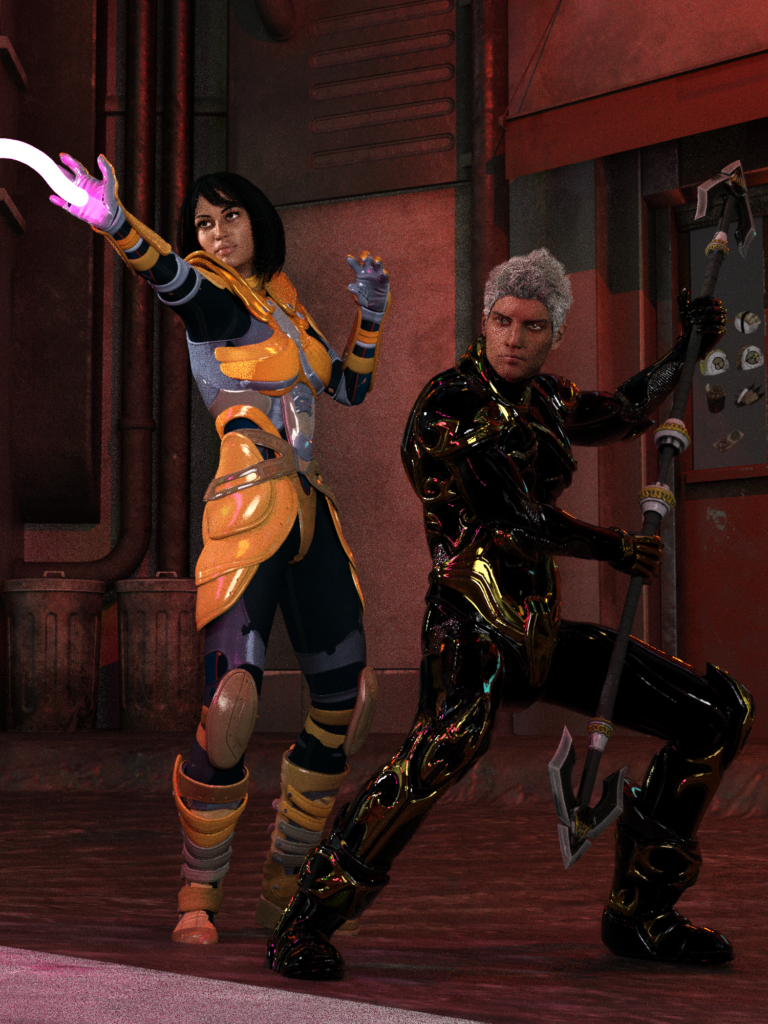 Anicka and Alex were amongst the people the Myzx kidnapped to experiment on. At the time they had actually been “heroes”. When the Alphas that would go on to form Vanguard escaped two decades later, the pair and other captives were set free but were unable to keep up with the group.

Left stranded on an alien world, the pair eventually teams up some alien captives and they made it off world. Eventually the pair would part company with the others since Earth lay in a different direction to their home world. Together the pair ended up having to find any means possible to make the journey. Along the way they obtained alien tech and weapons.

By the time they actually reached Earth and had learned of Vanguard, they were bitter in regards to what they saw as being abandoned. Having come close to losing their lives many times they had nothing but contempt for the people that had actually helped them to escape.

Rather than returning to their old lives as heroes the pair decided that the universe owed them for  a change and so became mercenaries, hiring out their services and skills to the highest bidder.

On occasion they have even encountered Vanguard whereupon their feelings of hate led them to causing destructive clashes creating a good deal of collateral damage. This is despite Vanguard trying to make amends for inadvertently abandoning them. Maybe this is the reason that the members of Vanguard have often chosen to set the pair fee despite them being guilty of criminal activities.