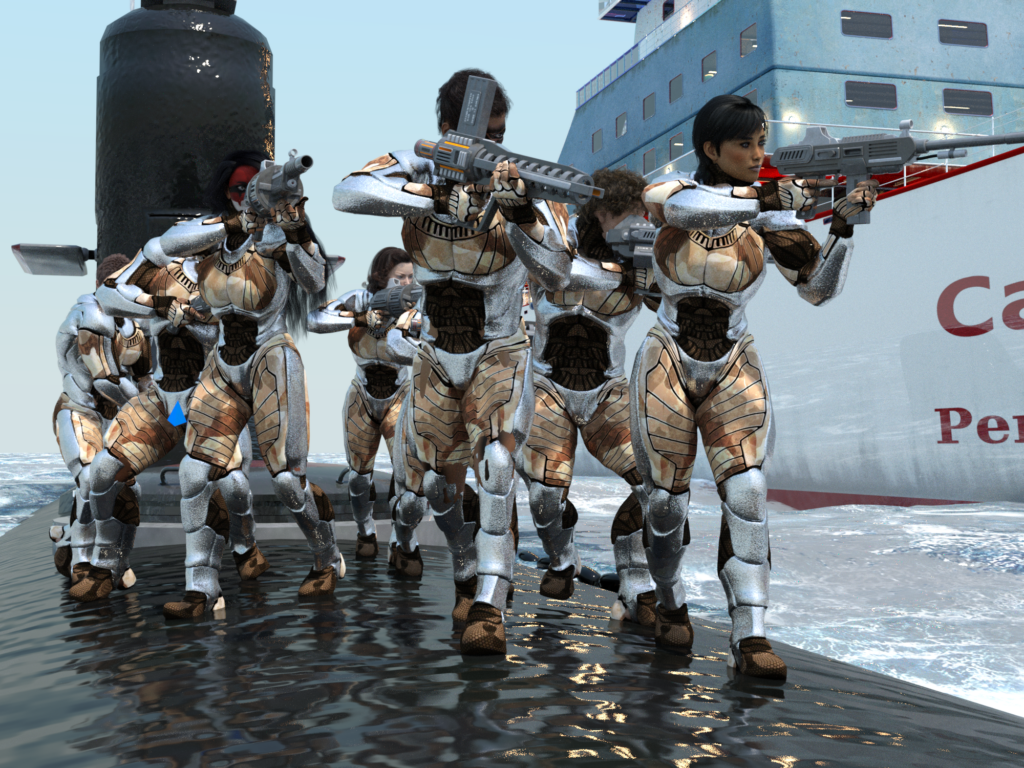 The Marauders are the name given by the media to the strike team that Felicia Brooker/Salacia first assembled to steal the prototype submarine. As well as being trained soldiers several members of the team are specialist in a specific role. Though the mission was a success, Felicia discovered too late that her superior was a double agent.

When she refused to divulge where she had hidden the submarine and the team, he arranged for her to be arrested. At her trial she was found guilty of treason and received a life sentence. She escaped from incarceration after two years and returned to the submarine.

Her team had remained loyal throughout, and had taken small jobs to survive but nothing that would attract attention. Now wanted by the authorities she offered them the chance to leave but they refused. Acting as a strike team the group were instrumental in seizing ships, which allowed Felicia to force the British Government to reopen her case. However Felicia had been forced to sink a British Frigate so though she was acquitted of her initial crime she was wanted for piracy.

Since her team had helped her man the submarine they were guilty of the same crimes. Rather than turn themselves in they decided to help Felicia turn her hand at becoming a professional criminal. Since they were guilty of piracy it did not matter if they took it up as a career. The press eventually dubbed them the “Marauders”.

Their modus operandi was to disable first the target. They would then surface. Since the sub had many automated systems Salacia could control it on the surface whilst the Marauders seized the target vessel. For a long time the main problem was for them to get on board quickly. Rope launchers were as good as a flare gun in giving the crew of the ship a location where attackers were coming from.

This changed when Mr Limb joined the group. As an octopus hybrid he could scale up the side of a ship and drop ladders and ropes without the crew being aware of his presence. This enabled the Marauders to capture most vessels within 90 seconds to 2 minutes depending on the size of the ship and the size of the crew. With that speed and Mr Limb’s assist they could even capture targets during daylight.