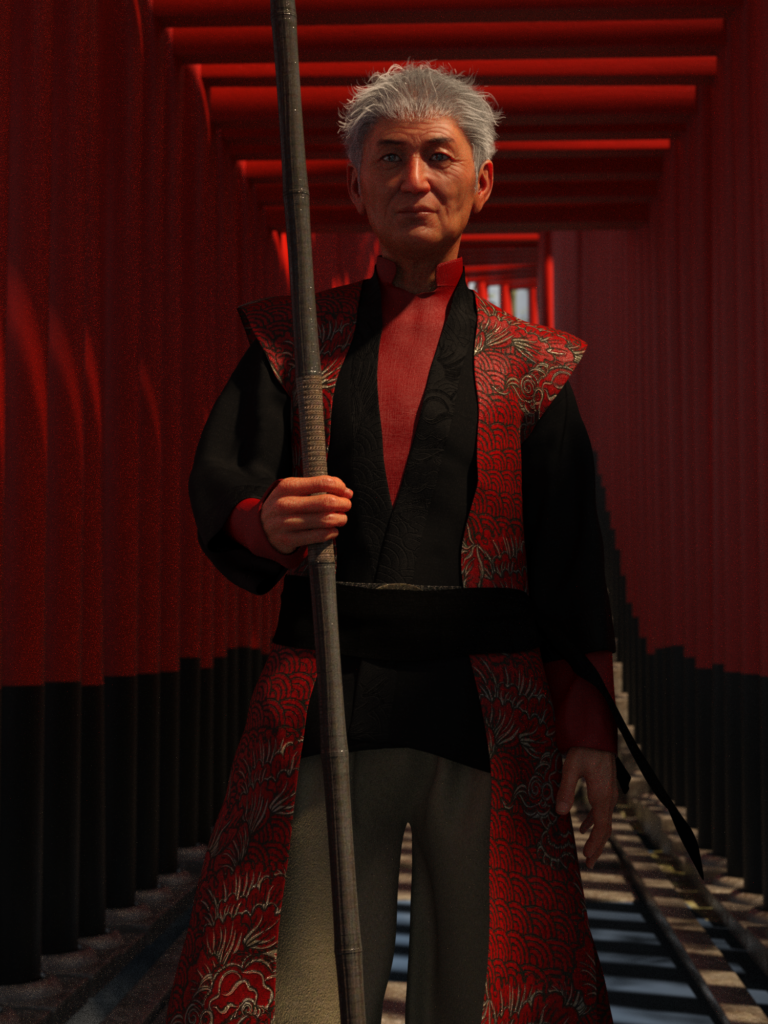 Considering that vampires, by drinking blood and the curse, tend to  age incredibly slowly, the evidence points that Wang was either turned when he was older or as  is more likely he is the oldest living member of his race. Whilst other social groupings would see that the oldest and wisest are considered the most important, in vampire society the order of the houses and their cycle of ruling dictates otherwise.

Being the oldest and having lived through centuries has allowed Wang to develop an alternative viewpoint to how the covens should operate. Rather than slaughtering people of keeping them in suspended animation and draining their blood, Wang prefers a more agrarian approach. His ruling means he prefers to keep his food sources, humans, like a dairy herd. Though it mean capturing humans and keeping them “confined” to a certain agree he ensures that such people are given the means to have some quality of life. They can never leave their “community” but they are not kept like animals either.

Many of the other covens disagree with his philosophy but despite his looks he is still very powerful and taking him down is next to  impossible. The previous time a rival vampire tried to depose him of power Wang lost his wife who got killed in the exchange as collateral damage. He nominated a new partner many years younger who he trusts.  That was hard for him to do as a lot of younger vampires do not share his views on the way he treats his “livestock”.  However Zhi shares Wang’s view that the more violence they use against humankind the more chances there are that they will hasten their own demise.