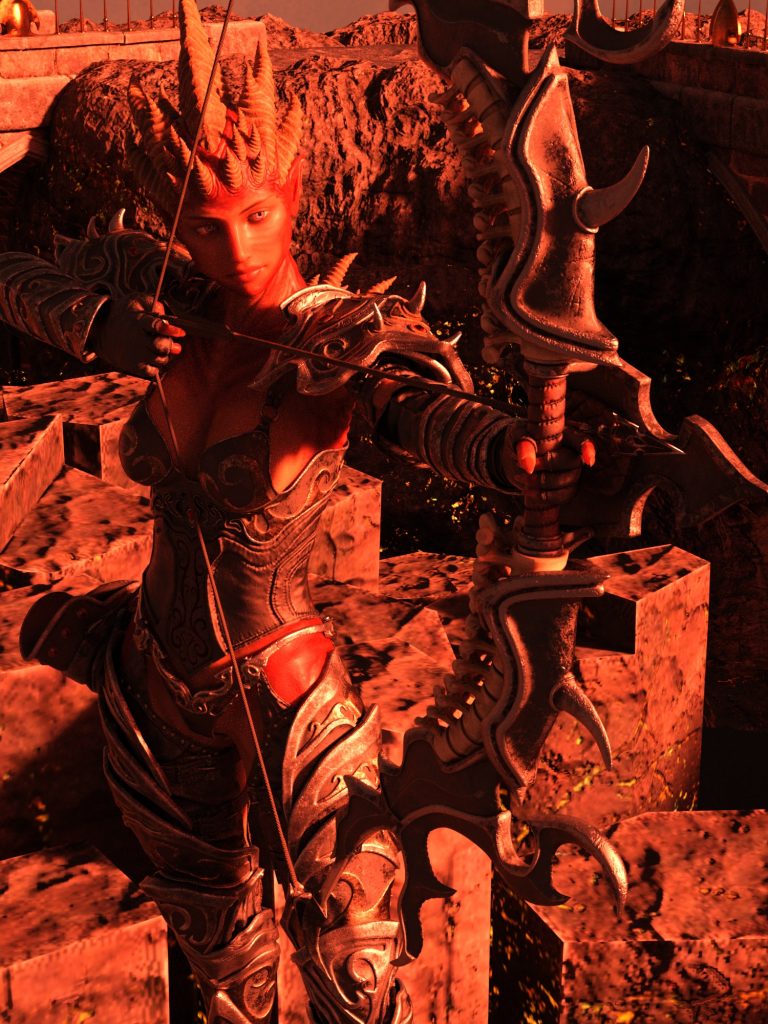 Just as the Angels had specialist to deal with Demonic incursions in the mortal realm, the Demons have the same, all part of the agreement between the Light and Dark Realms. Arzath is one of the those charged with dealing with those that deliberately break the rules and that includes Demons as well as Angels.

As a high ranking demon she has no need to collect any more souls, so hunting down rogues is a way to pass time for her. Technically for keeping the peace she might even be considered heroic. However she is so focussed on achieving her goal, that she will do anything to complete and assignment. In the past this has led her to torture mortals for information if she suspect them protecting a rogue and she has even killed those that get in her way.

As her ultimate goal is considered to be for the greater good, the collateral damage she causes is tolerated by the Archangels and ignored by High Ranking Demons which in turn angers lower ranking members of both races who see Arzath as being as bigger rule breaker as the beings she hunts.