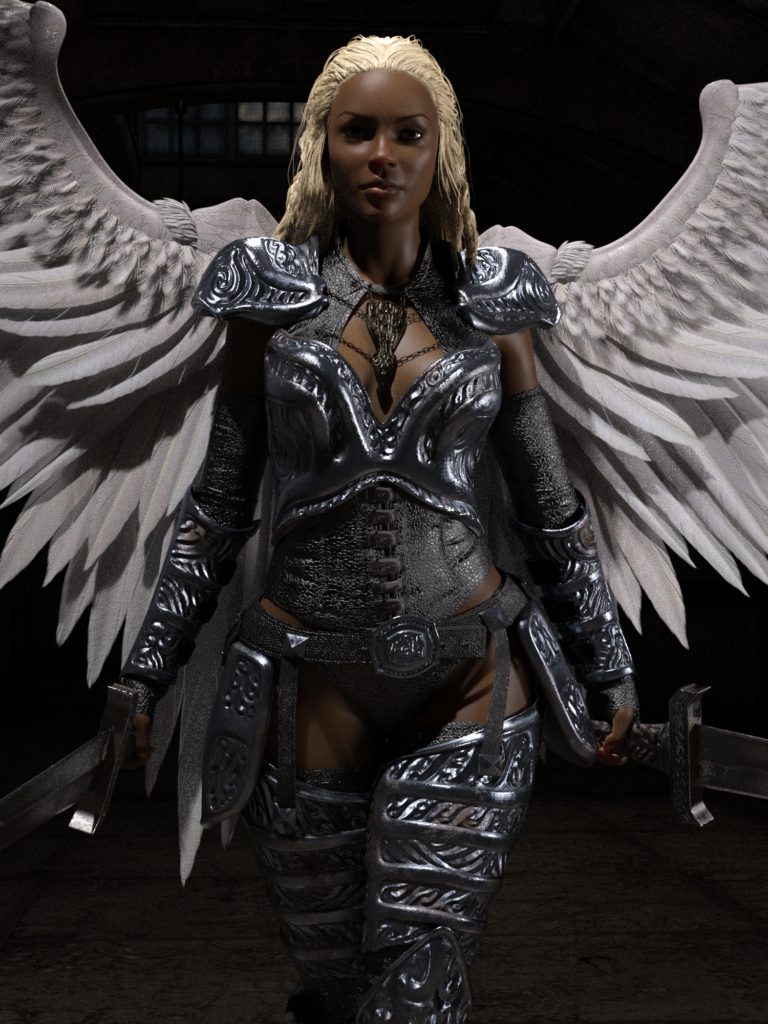 Gabriela is one of a handful of Angels that has chosen to help people in the mortal realm. Whilst many people talk about “Guardian Angels” few realise that they do actually exist. Just as there are Demons that disagree with the agreement between the Light and Dark realms there are also Angels that are of the same opinion and Gabriela is one of these. She feels that as Demons like to find ways to circumvent the rules then she can play them at the same game. Going against the edict of the Archangels is not without risk so Gabriela frequently uses guises and magic shrouds to prevent being detected.

Consequently to avoid sparking a war between the Dark and Light realms, if her presence is discovered by a demon in the mortal realm, she will frequently will vanquish it. As a strong and powerful warrior, lesser demons are no match for her blade, and by eliminating a witness she removes any evidence of her meddling in human affairs remains undetected.

Should a Demon witness prove to be more powerful then Gabriela will temporarily ally with powerful magic wielders to ensure success. Over the passage of time the frequent trips to the mortal realm and teaming up to deal with demonic threats has seen her establish acquaintances with a limited number of humans which is how come she is known to mortals.