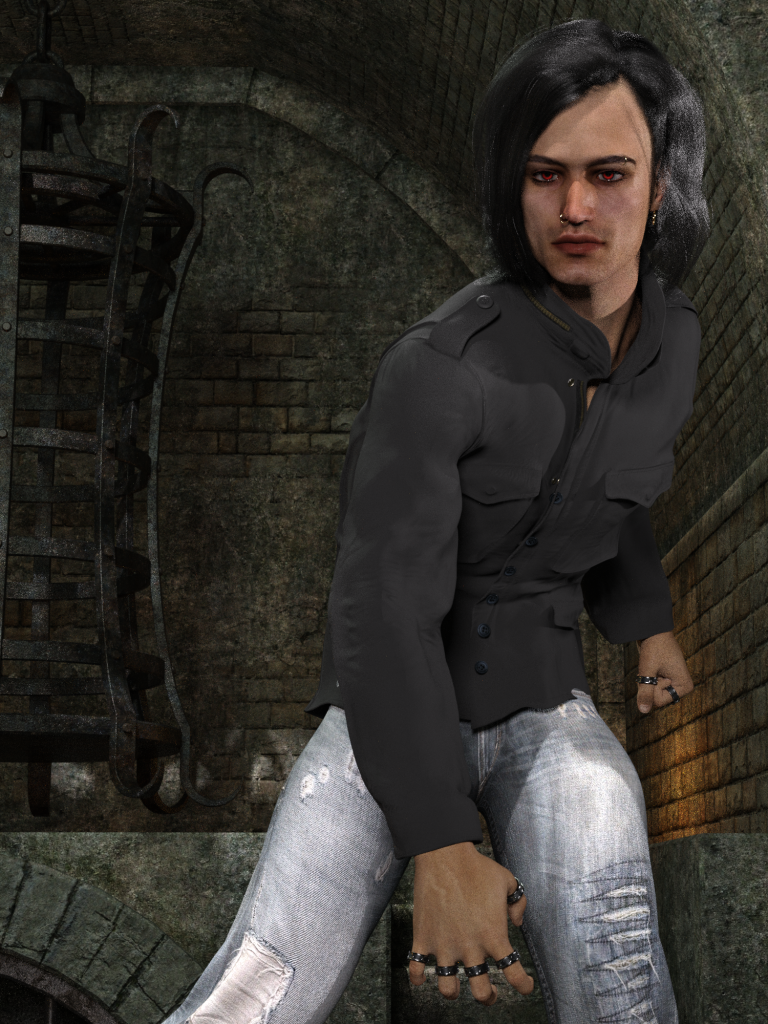 Warren Hayes had a history of getting into trouble so consequently neither he or the Atlantic Police Department were surprised when he became a member of a notorious street gang, the Westsiders. The gang preyed on any poor innocent that had the misfortune on straying into their territory. Muggings and street theft were the gang’s usual source of income, along with selling drugs.
As they gained more power the gang eventually attracted the unwanted attention of various Alpha heroes who wanted to make a name for themselves before progressing onto bigger “game”.

The added pressure caused a power struggle between Warren, the second in command and William Lynch the leader. They resolved this with a brawl where the winner takes all. What happened next is down to some dubious eye witness accounts but it seems when the battle was reaching its end Will very much had the upper hand. He pinned Warren to the floor and began mercilessly beating his opponent.

The story if true said that a cut on Will’s forehead dripped blood on Warren’s face and as soon as that happened Warren suddenly gained a massive boost in strength and energy, enough to throw William clear of him. He then beat the old leader to a pulp and as blood began to fly Warren got stronger.

CLEA scientists reckon that Warren was an Alpha inferior and did not know it and the fight triggered his Alpha ability which seems to work on the basis of absorbing blood on the skin (or consuming it directly) gives Warren a massive surge in strength and energy. This ability was enough to see him take charge of the gang and depose William.

In time Warren changed the way the gang operated. The other members viewed him in an almost god like status and his new found strength helped them calve away a massive territorial chunk of Atlantica’s underworld. His power even helped see off attention from more than one Alpha hero but to maintain his levels he needed a supply of blood.
The gang therefore got into a habit of kidnapping victims which Warren would use to take a hit when he needed. He would never kill them as that was a needless waste but he did take to “farming” people. Whenever he was lucky enough to get an Alpha (inferior or Superior) he found their blood quite exceptional. In the criminal world they soon called him the Vampire although Warren went under the guise of “Bloodrage” and in fitting in with this name he changed the gang’s name to become the “Bloodclan”.

Eventually his addiction to blood became so consuming that he paid less attention to the running of the gang. Rather than try to challenge him, various members of the group split off and formed their own factions. By this time Warren was no longer interested.

With nobody left the Blood Clan vanished into oblivion. Then a years after he had been on his own Warren met a few other individual that shared his need for the consumption of blood. Working together they accomplished much and the power they had led to rumours spreading.

The group quickly gained a following of people who were so desperate they would do anything to be protected. Warren and the others decided to give these people what they wanted and in return they would serve them.

The Blood Clan therefore made a transition form a street gang to a religious Cult.