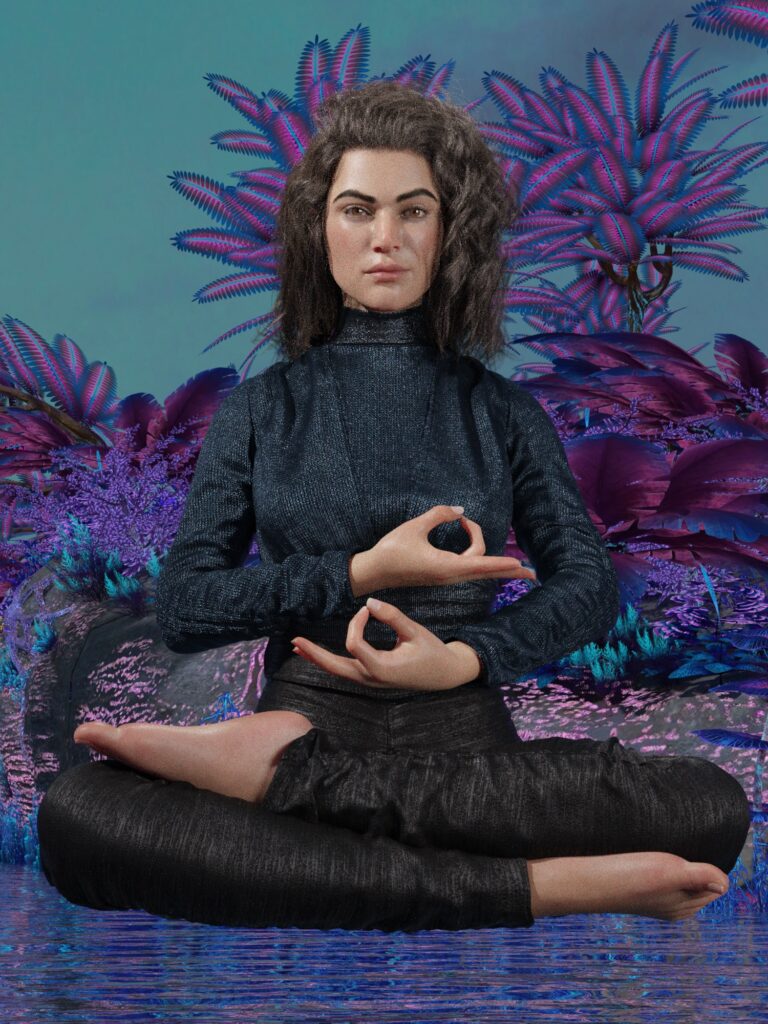 Brought up by abusive parents, Lilly Tranter had been exposed to so many negative traits that by the time she was taken into care aged eight she was already showing signs of using what she “learned” against other children.
Socially awkward she did not get on well with other children and showed aggression to the foster families that were charged with looking after her. Many adults could not cope with her unruly behaviour and so she was constantly on the more. Eventually at the age of fifteen she chose to simply run away and live on the street.

Having slipped through the cracks those who had been charged with her welfare had never performed full medical tests (except for those involving her “mental” condition). Consequently the system was unaware that, Lilly was an Alpha Inferior and the last thing a young sociopath that enjoyed power over others needed was more power. That happened when she was sixteen and still living on the streets. Compared to other Alpha Superiors she was quite young when the transition occurred.

At first she was not aware of what was happening when she kept having vivid and often strange daydreams. Though the daydreams started very oddly and matched nothing like in the real world she found she could easily manipulate them by employing her own imagination. Being able to control her “experiences” gave her some form of entertainment in which she could unleash her darkest desires.

Assuming what she was doing was pure imagination meant that she never talked about it with anyone else. She did however think it was odd that she could only have these daydreams at night and it was equally strange they started out with individuals she knew from the streets.

For a while she never gave what was happening a great deal of thought until one day one of the people she had daydreamed about mentioned he had seen her in a dream of his. As he described his dream, in which she had appeared and transformed it into a nightmare, Lilly realised that it matched one of her daydreams she had taken control of. Though it hardly seemed believable, Lilly guessed that somehow she had entered his dream and manipulated it.

Testing out her theory, she set up her “bed” the next night close to the man and as soon as he went to sleep she experienced another daydream. Carefully she manipulated the daydream by causing him suffering in the dream world. At that point she noticed he was moaning a groaning and breaking out in a cold sweat which all pointed to the fact she was indeed altering his dream.

Once she had confirmed her theory she began experimentation with others that lived on the streets and after a great deal of trial and error discovered she could only enter the dream of another if she had previously made physical contact. All it took was one touch and having tagged that person she was free to manipulate his or her dreams.

Now she knew what she could do she did not quite know what to do with her new talent, until one day when she was begging a well-dressed business man pushed her to the floor and said angrily that “her kind would be better off dead than cluttering up the streets.” Having been “attacked” by the man and made physical contact, Lilly decided to have her revenge. The business man might have been powerful in his world but when he was in her world she ruled supreme. That same night she entered his dream and pushed him to the limit. The result of her manipulations was that the shock she caused resulted him in having a massive heart attack.
She learned about what had happened she a few weeks later she found an old business newspaper in the rubbish and it had a picture of the same business man and mentioned he had died in his sleep.

Now that she knew that her “gift” could literally control life or death if pushed to extremes, Lilly decided it was time to experience the high life and for that she needed money, lots of it. She did not particularly want to kill anyone again. That was never intentional but certainly she could make people suffer until she got what she wanted.
Starting small she found several middle-class families with powerful heads. Using her streets skills she made sure to made physical touch with a family member and then once done sent a threatening note to her “target”. Her demands were simple, pay up or a member of the family would suffer.

At first nobody believed her but in time she started gaining a reputation along with wealth. As she gained experience she switched to making physical contact with her intended target and the family member. Lilly then had the means to make her demands to her target in that person’s dreams which left no proof. On numerous occasions she was interviewed by the police but they could not make any charges stick due to the unusual way she made her demands.

Suspecting an Alpha was at work CLEA were notified of Lilly but they had problems dealing with her since she never left any physical evidence. Perfecting her art further Lilly realised that in manipulating dreams she had access to people’s secrets. Stealing them was obviously less troublesome that attacking family members since she only needed to touch her target. Having switched her tactics from threatening family members to stealing people’s secrets she grew even more powerful in the criminal underworld. She adopted the name “Dreamscape” and began hiring her services out to the highest bidder.

Thinking herself unstoppable she liked to “play” with the so called heroes that protected the people. It was when she started trying to influence of Alphas did she discover that she was not totally invulnerable. This she found to her peril when she managed to get close to the Night Ranger’s Mindstorm on one occasion. As he was a powerful psychic Alpha she quite liked the idea of being able to invade his mind and take control of his dreams. However Mindstorm reversed the link and invaded her mind, ripping through all her psychic barriers and subjecting her to the same suffering as she had done to her victims. It took quite some effort on her part to escape his control and she never tried to seize control of his dreams again.

Despite the near miss, Lilly considered one bump in the road was nothing to be overly concerned about. She even took jobs to find the secrets and gain leverage over some heroes for her clients. Unwittingly she took an assignment to find out information about the Phoenix Alliance which was her second biggest mistake.

To get close to the group her client “arranged” an incident to draw the hero group out and she stood in the crowd onlookers. Seizing her moment carefully she managed to touch several member of the group, one of which was Striker, another powerful psychic. When it came to enter the dream world and find out the secrets her plan worked beautifully until she linked with Striker’s mind.

Aware of the violation he fought back, manifesting his psychic sword in the dream world which he completely paralysed her with. Now in control he learned who she was and was able to journey all the way through her mind to her childhood. By the time he chose to let her free Striker knew everything. He was even able to delete the intelligence she had stolen from his team member’s minds.

Having learned all he needed, Striker was able to fill CLEA in on the missing details they had surrounding Dreamscape. Though she has been exposed to a certain extent she is still considered highly dangerous by CLEA. Perhaps her greatest asset is down to the fact her real world guise and her dream guise can be so very different. Like a predatory animal all she needs to do is get close enough for a single touch and then she can take control.