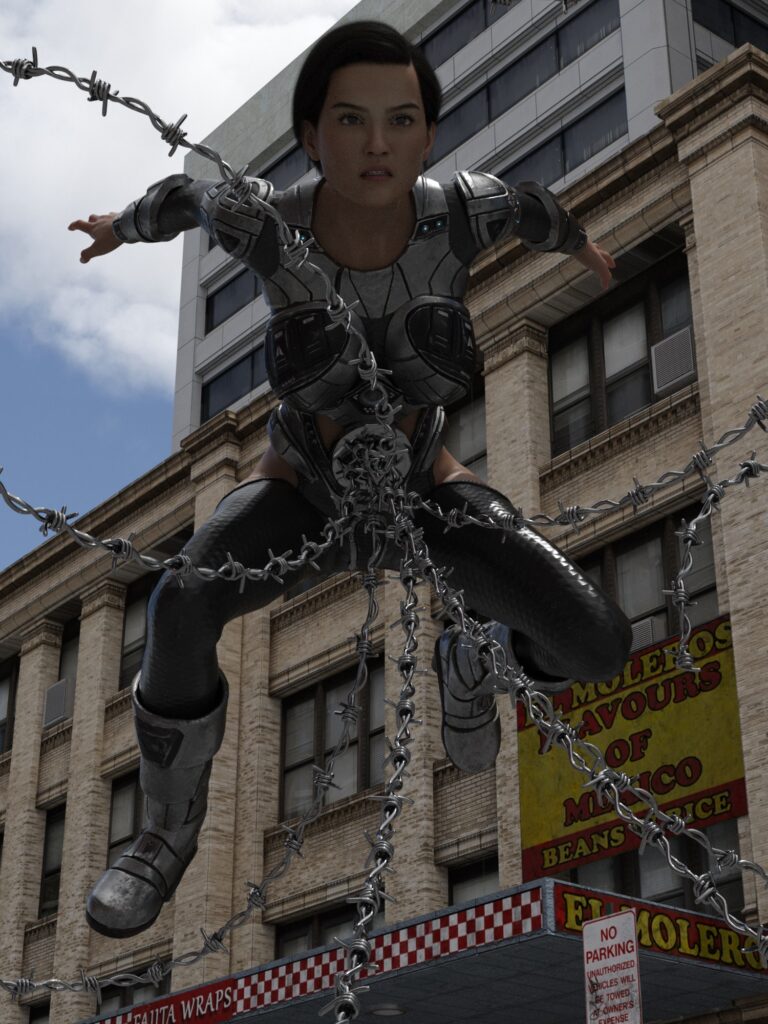 Some criminals are born criminals and others are made. Sakura Hashimoto is one of the latter. Born in New Tokyo she experienced a though upbringing at the hands of an abusive father. School life was not much better since she hated violence and avoided conflict which other children saw as a weakness.

Starting work she became happy for the first time although she had learned to hate people her own age and was borderline a sociopath. If her life was not difficult enough she discovered she was an Alpha Superior. Since nobody had seemed to care much whilst she was growing up, Sakura and (everyone else) had not noticed she had never been ill in her life. As soon as her Alpha status triggered her chest actually sunk to become an open pouch.

She had no idea what was going on and assumed it was some strange disease. Naturally suspicious she chose not to go to a doctor to investigate her unusual deformity. Over time anyone that ever caught a glimpse of her pouch would show their shock which caused Sakura to turn in on herself. Behind her back work colleagues called her a freak.

Then one day she leant over and the end of a computer cable somehow slid in through her shirt. Her instant thought once she felt it on her skin was to pull it out like most “normal” people would but by the time she grabbed hold of it the wire had entered the pouch orifice and started to come “alive”. Though initially shocked she was also curious because she found that she could move the wire about like another limb.

Once alone at her apartment she began to experiment and discovered that anything metallic she could “control” once it was inserted into her pouch. Not only that she could place multiple items and control them all. With an interesting gift and a lot of pent up aggression and hatred for the world she decided she would use her strange ability to make everyone who ever maligned her pay.

That was when the criminal later known as Flail came into existence. At first she performed petty crimes in order to get even with her supposed enemies. Taking pleasure out of hurting others it did not take long for her to descend into total anarchy and began hiring herself out as muscle to anyone that wanted her.
In time she swapped simple wire for more dangerous pieces of metal such as barbed wire or chain. That was when she took to wearing a metal guard around the entrance to her pouch because the skin surrounding her stomach could still be “hurt” by moving metal.

Since she has a penchant for causing collateral damage and is an Alpha, CLEA eventually learned of Sakura, though has failed to capture her. With her “artificial” limbs CLEA agents are advised to avoid engaging her at close range. Not only can she lash out but she can grab hold of you like an Octopus and inflict serious injury. Also if cornered she was use her extra appendages to escape to higher ground by grabbing hold of building ledges etc.