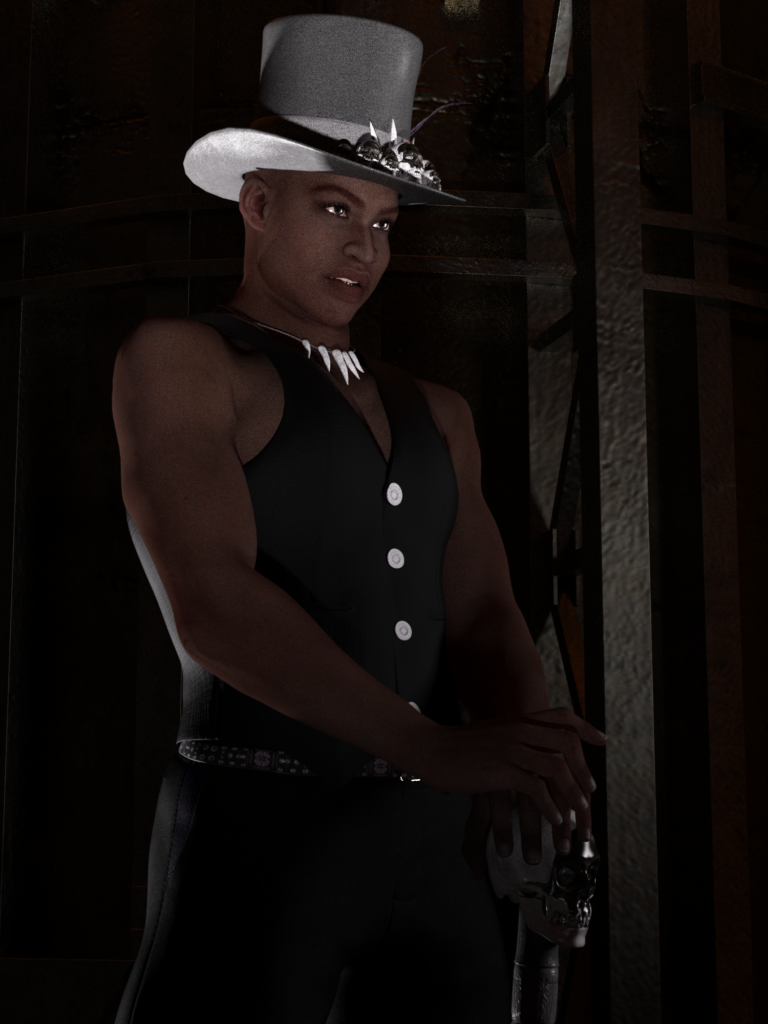 Though never the top dog in the Pacifica area for drug trafficking, Joseph was known for being the most notorious and most efficient. Managing several legal and many more illegal gambling operations he used the former to launder any money and the latter to make additional profit. With the promise in criminal circles that he could clean any amount of money any time, he had quite a list of clients who came to him with profits from their illegal activities. What was more amazing was he always kept one step ahead of the law.

The Baron first offered control of Black Shadow’s criminal activities to Joseph’s rival. The rival turned him down so he was offered the chance. With an opportunity to wipe out a rival and become very rich, he did not need asking twice.

Within a year Joseph had taken charge of every illegal gambling establishment in the city. He earned the name “Voodoo” because of his strange attire and eccentric behaviour all of which were designed to intimidate anyone that would pose a threat. Should they not be intimidated then there was only ever going to be one outcome.

Currently Voodoo launders all of the syndicates money from global activities and any profits are invested in legitimate casinos which then become further places to clean money.