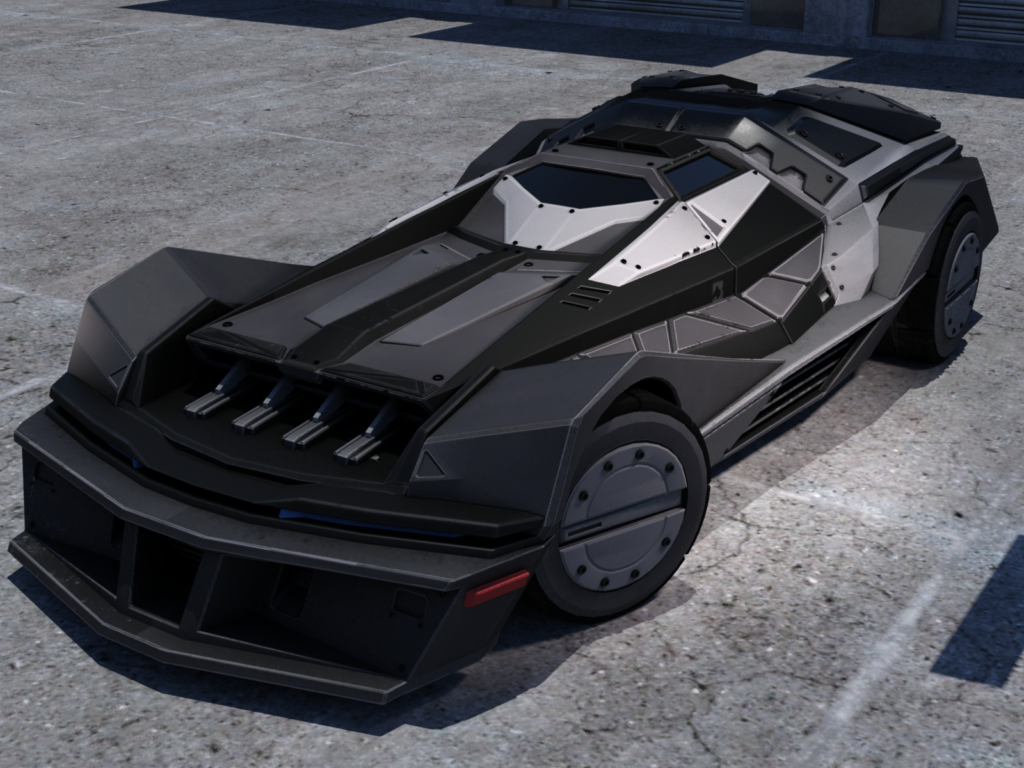 The Destrier is the name given to the vehicle normally driven by Steve Griffin of the Knight’s Forge “retrieval team.”  The original concept was for a weapons platform that resembled a car and  would appear generic in appearance,  and thus blending in. However early on it was realised that this would not be possible.

Though its weapons can be hidden, the car is far from generic in appearance due to its angular shaping, a necessity for its defensive armour. Retracting the weapons though allows the vehicle a higher top speed. The mission profile is usually one of two.

The first is simply to act as a decoy and draw enemy fire whilst the other team members steal whatever tech they are after. Organisations and crime gangs the possess the technology the Knight’s Forge wants to acquire often have access to military grade weapons or worse, hence the need for the Destrier’s armour.

As well as acting as a decoy, Griffin and the Destrier are also used in a more aggressive type of mission profile where the weapons are used to smash a hole in the defences of the “enemy” and clear the way for the other team members .  At first just the onboard weapons sufficed but after several missions the Knight’s Forge decided to add a  removable rocket pod on the back to provide additional fire power.

The unusual name for the vehicle comes from a type of  war horse used in the middle ages, fitting in with the “Knight” theme. 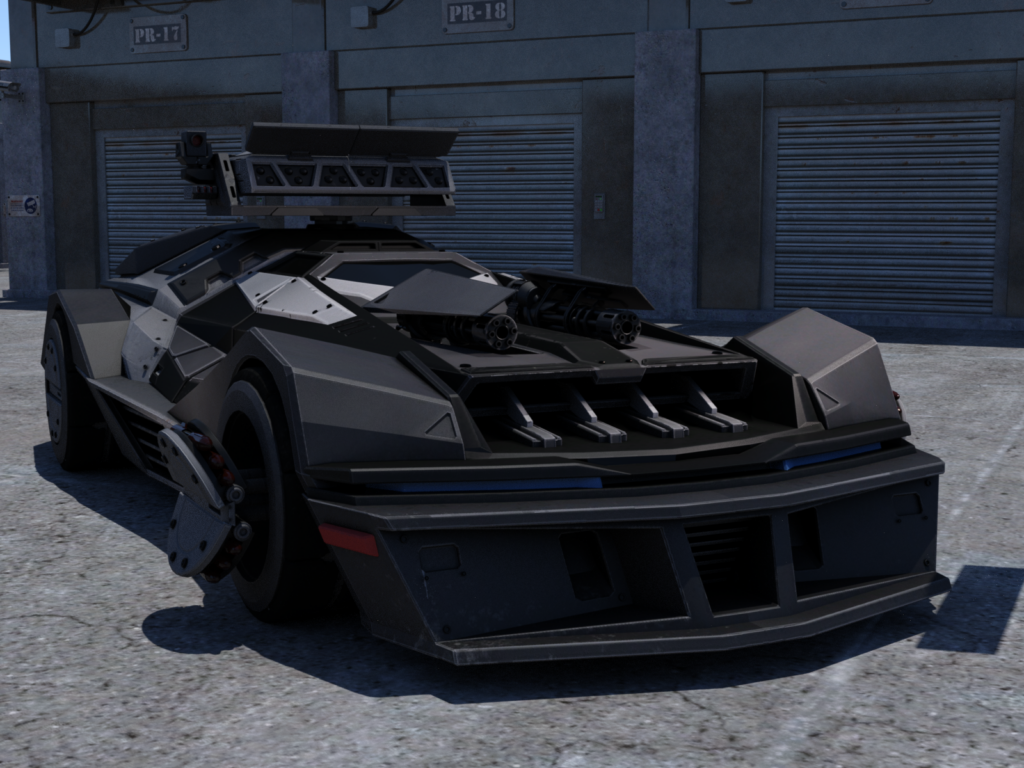