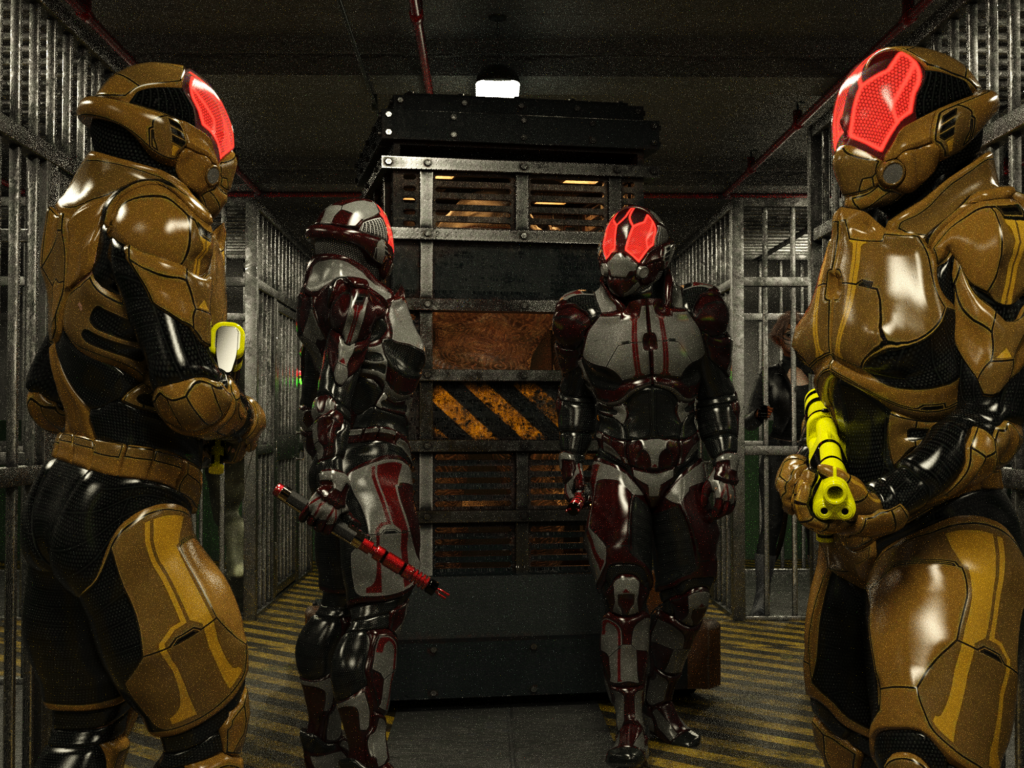 The Lictor is the name given to the security units who work for the Praetorian Club. There are four types of unit and each is given a specialist task.

Apart from the bodyguard of which are only two, the majority of the Lictor are made up with local security provided by the club member who supplies the venue. All armour is kept with the travelling part of the show for a more efficient use of resources as well as security purposes to prevent it falling into the wrong hands. Though the design of the armour is meant to be fairly straightforward it has several specialist systems. This means that each of the security personnel will have to go through a small training period to learn how to use the supplied armour. NB: It was a CLEA agent posing as a security man that managed to gather most of the intel.

The team leaders provide the training and lead the security teams. Each of the team leaders is trusted by Praetor and are part of her entourage and so travel with the show between venues. Like so many in Praetor’s employment each of her leaders seems to have a “problem” with animal hybrids that approached psychopathy. Though local security supplied with the venue is simply permitted to do its “paid” duties, Praetor will allow any of its leaders to mistreat the prisoners when off duty. The CLEA undercover operative witnessed sickening beatings upon hybrids as various leaders enacted their sadistic pleasure. The leaders of the security sections can be identified from the hired help due to the fact they use clear visors rather than black one way vision visors.

The specialist “black” visors are designed to give anonymity to the wearer, a precaution designed to prevent them being identified by undercover law enforcement operatives. Team leaders, however being “close” to the Praetor are well known within the club so keeping anonymity is rather pointless. Often when circumstances permit, they will take off their helmets if not in any danger.

The undercover CLEA agent was successful in identifying all of the team leaders, before having to abandon the assignment when his cover looked blown. Since CLEA has not been able to infiltrate the club again the Agency does not know if those same people are still in charge or have been replaced.