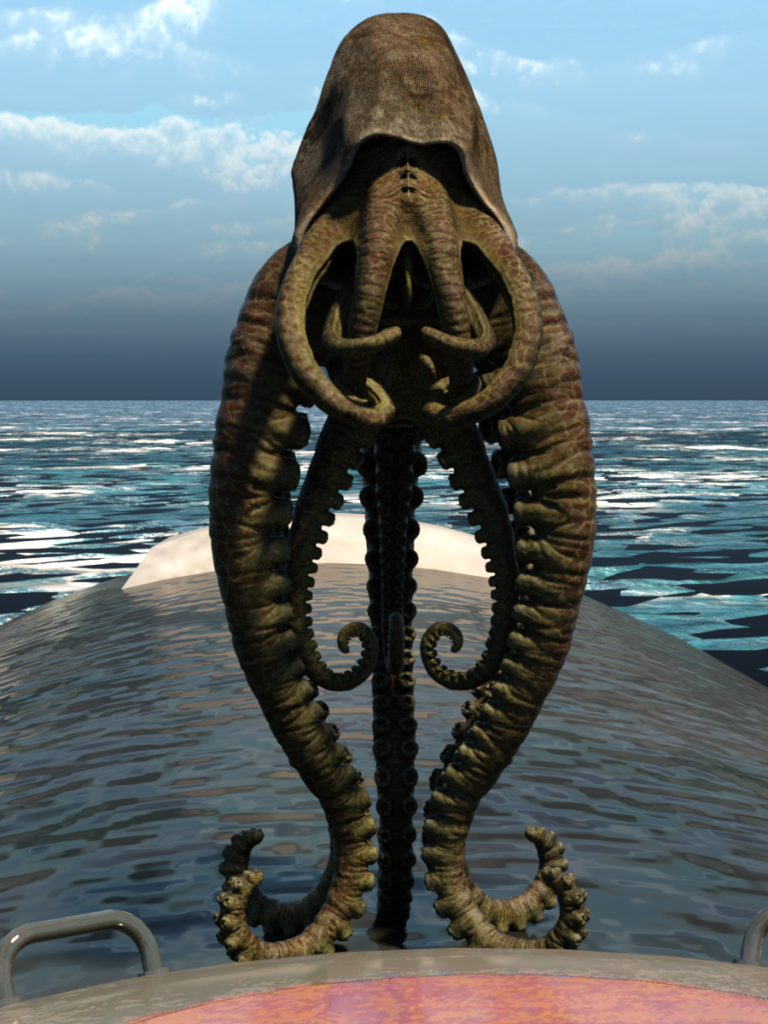 Mr Limb is one of many aquatic Species Beta hybrids. Derived from an Octopus, instead of ink he has a powerful psychic attack which is thought to be a defence mechanism. Though catalogued by oceanographers he has had very little contact with humans, which is why little is known about him or even if he is unique.

In recent times he has allied himself with Salacia’s Marauders after becoming trapped in fishing nets. Salacia and her crew released him and in return for saving his life he chose to repay that by helping her. It was she who coined the name Mr Limb

He is able to “talk” directly into the minds of the group but normally only communes with Salacia as he considers her the only one he really trusts. The pair therefore have gained an unusual friendship based on understanding and over the passage of time he has chosen to act as her protector.

This became particularly important when the submarine was attacked by “Deep Blue“. After releasing parasite which made the crew act under his control, Mr Limb responded by breaking the control the whale had over Salacia. Using a mind link he then acted as a conduit between her and Deep Blue. They gained an understanding and though Deep Blue would never commit himself full time to the group, agreed to a part time alliance based on mutual support as and when needed.

When not protecting Salacia, Mr Limb’s uses his unique abilities to gain access to the ships the group are trying to capture. Able to climb aboard by using his powerful tentacles, once on deck he can drop ropes or other forms of access, allowing the Marauders to board and take control.