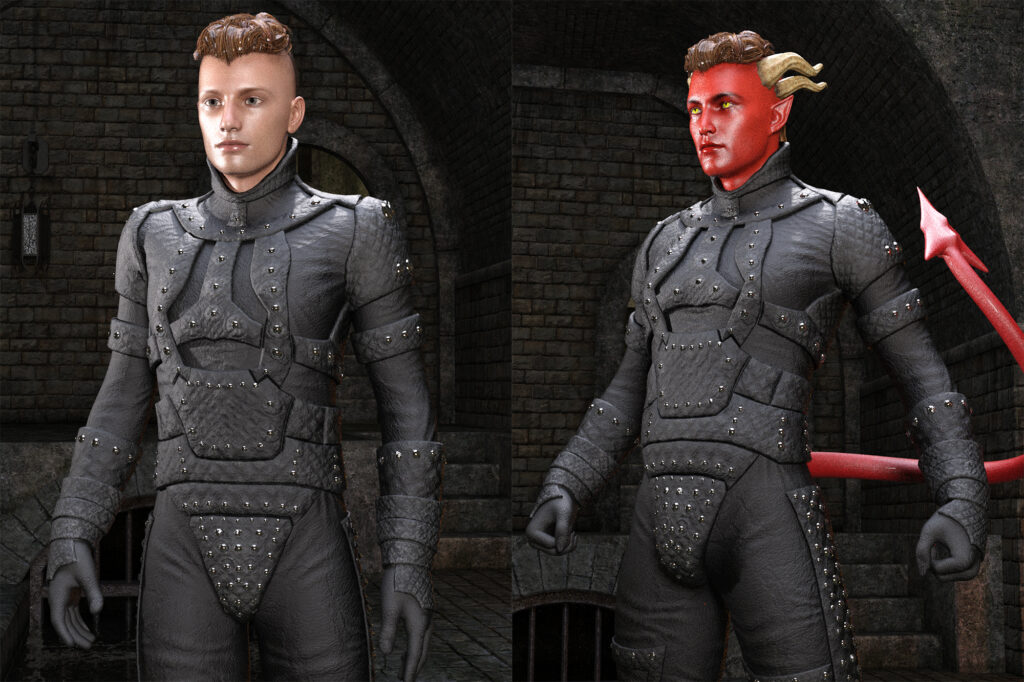 Samael is a Half Demon, the product of a mixed parentage between a Female Demon in mortal form and a warlock. His father planned of using his sons abilities to boost his own power. However his mother always knew that the Warlock had more personal reasons for having a child. To teach the Warlock that he was not superior to a Demon, she “equipped” Samael with an unusual magic ability so when his father tried to steal power Samael reflected that ability back and killed him.

Tended until his late teens, his mother intended Samael to collect followers for her. What she did not count on was that after forcing him to kill his father, she had only taught him to embrace power, namely his own. Therefore when she tried to use him, he vanquished her.

Though alone, he was arrogant and believed himself superior to ordinary people. He thought he could take what  he wanted, when he wanted and nobody could do anything about it. For three years that worked until every “Good” magic based hero decided to come after him.

Needing allies for mutual support he discovered the Blood Clan and they welcomed him with open arms and gave him a position in the Elite.