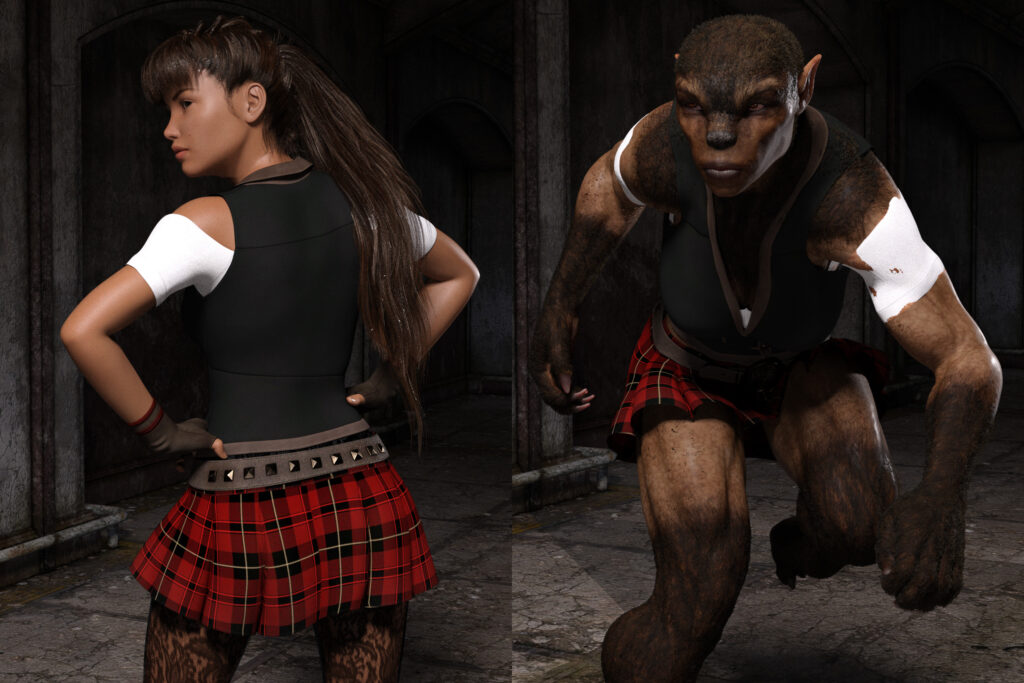 Savage Fang (not to be confused with Savage Claw) was the second Werewolf to become a member of the Blood Clan Elite. At the age of sixteen she was taken to the Lair to be readied for her first transformation. The Elder members of her pack had to try and teach her to control the animal urges. With Ariana they failed.

After her first transformation she seemed enthralled by the power her animal side gave her and the urges appeared in the most feral way. In a bid to protect the secrecy of the pack they actually ended up caging her. The Alpha felt that if she was free and any time, she would hunt  people and they would be exposed.

He turned out to be right, for the first time  one of the other pack members made a mistake and fell for her charms, she escaped the cage and the lair and then went on a hunting spree. To protect themselves and people, the pack had no option but to try and eliminate her but they were  unable to do so. They did succeed in chasing her out of the area which was the best compromise.

From then on  Ariana would travel to places which had the most challenging prey. The adrenalin of the hunt was like a drug to her but in time she drew too much attention and   mystical hunters started to track her. With options fast running out and nowhere to hide she headed for a place she had heard of, a place where mystical blood creatures were safe, the Blood Clan.

Though her arrival upset the only resident Werewolf Jaeger Claw, he eventually accepted her in the Elite.  Whilst members of the Clan would ordinarily be considered as a meal, she knows that is not permitted but the same does not go for the enemies of the Clan.