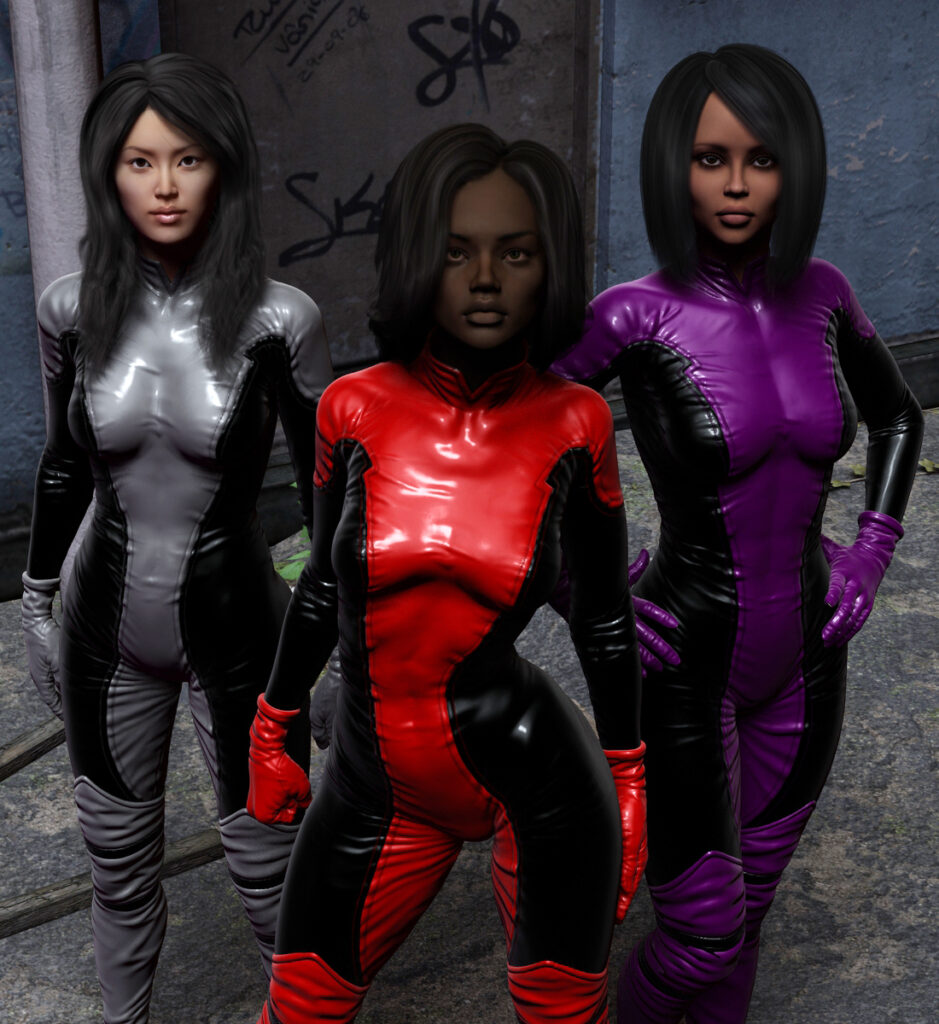 Like the animals they are named after this trio like to hunt using stealth and guile before ambushing their quarry.

Since bottom feeding criminals prefer to ply their trade away from the main streets which gives them a psychological advantage over their victims, the trio are able to flip this and make it work for them instead.
Liking themselves to apex predators and their target as prey, the girls gave themselves codename’s base on small cats and since most of their “hunting” occurs in alleyways and backstreets Alley Cats seemed a logical name for the group!